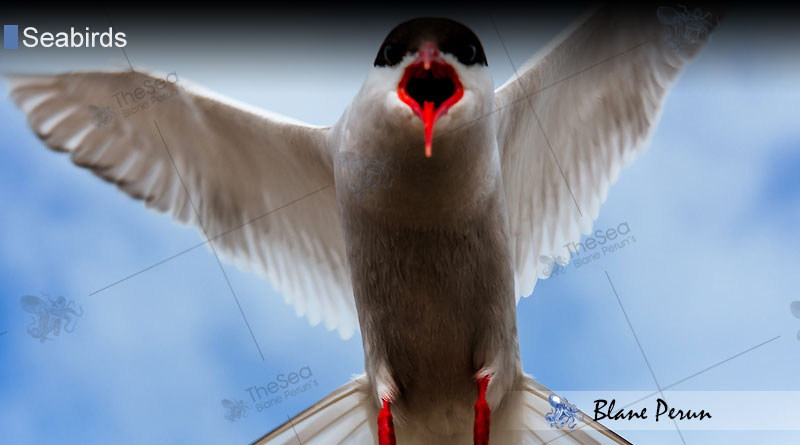 The medium-sized sea bird called the Arctic tern is famous not only for its slender, elegant appearance – their body is white and grey, their beaks and legs are bright red and they wear a black nape – but also for their extraordinary migration patterns: Arctic tern travels round trip from the Arctic to the Antarctic, which makes it possible for them to enjoy two summers a year.

Terns breed in the Arctic, then they set on their long journey to the Antarctic, then return to their breeding grounds. The straight line distance between the Arctic and the Antarctic is about 19,000 km, but terns do not fly straight, the distance they cover being more likely to be somewhere around 22,000 km there and the same distance back. Some terns are known to have covered a stunning 71,000 km, while others even 90,000 km during the course of one single year!

Arctic terns reach sexual maturity at around the age of three or four. They are known to mate for life and they usually stay with the same colony all their life, too. Breeding happens on coasts, on islands, sometimes on tundra, but always close to the water. The male and the female choose the place for the nest together and they both defend the territory. They are known to be fierce when they protect their eggs or their young. The female usually lays two eggs and the male and the female take turns sitting on the eggs. The eggs hatch after about three or four weeks.

Arctic terns mainly feed on crustaceans such as amphipods and krill, as well as on small fish, especially capelin, cod, and herring. The young are taught by their parents how to catch food very soon after they are fledged – juvenile terns become able to fly after about three weeks following hatching, and that is when they learn how to feed on their own as well, including the complex and difficult method of plunge-diving.

During their migration, Arctic terns have their own favorite places. They do not spend the same amount of time at resting spots, one of their preferred spots being on the western part of the North Atlantic Ridge, where they spend more than 3 weeks;
They usually cover about 520 km a day, but some of them are known to have covered almost 700 km per day;
The study of Arctic terns and their migration routes has helped scientists discover ocean hotspots – areas of increased volcanic activity – that were previously unknown to them.

Finally, the fact that the Arctic tern travels round trip from the Arctic to the Antarctic may be impressive, but here’s one last bit that will leave you in awe: the total distance this bird covers during its lifetime is more than 2.4 million km (around 1.5 million miles) – the equivalent of 3 trips to the Moon and back!