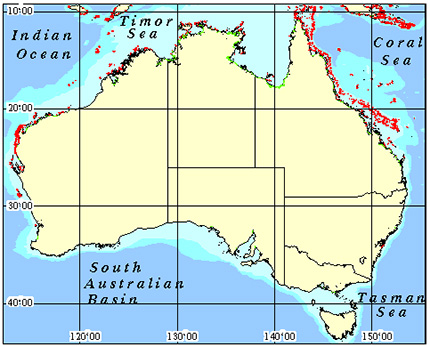 This is, as you surely know, the largest coral reef system on the planet. It is composed by over 2,900 individual reefs, which include hundreds of species of corals, and 900 islands that stretch over 1,400 miles (2,300 kilometers) in an area that is approximately 133,000 square miles (344,400 square kilometers).

The Great Barrier Reef is so huge that you can observe it even from outer space, as proven by photos taken from satellites. The system gives home to a diversity of life, including endemic species. There are 30 species of dolphins, whales and porpoises living here, six species of turtles, 49 pipefish species and over 9 thousand species of mollusks, including the giant clam.