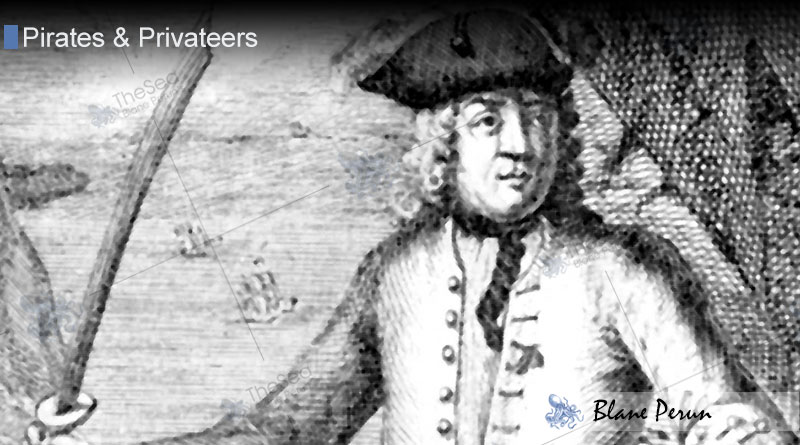 The British pirate Benjamin Hornigold was one of many turnabouts in the world of piracy. He was originally a naval officer who sailed under the flag of the Governor of the Bahamas. Although his life prior to piracy is entirely unrecorded, making his birthday impossible to ascertain, his several years as a famous pirate in the waters of New Providence were an influential time for many other famous pirates of the golden age of sail. His first recorded acts of piracy took place in the year of 1713, and by 1717 he commanded the largest and most heavily armed ship in the region, which he named the Ranger.

In these short years, Hornigold managed to amass a great fortune and maintained a fleet of 5 ships, counting no less than 350 pirates under his command. This made his crew one of the most formidable forces in the Caribbean at the time. His second-in-command during this period was the fearsome Edward Teach, later known as Blackbeard. This profitable career continued until 1717, when a mutiny took place and he was replaced as captain and forced to flee from his vessel and fleet.

Hornigold’s mutiny took place as a result of his letters of marque from the British Empire, which legally protected him and his ships as privateers for the English navy. This meant that British-flagged ships were not to be raided, which irked many of his lieutenants. In 1717, he was ousted as captain so that the rest of the pirates could freely attack British vessels and he fled to the Bahamas where he was offered a pardon in return for his services as a pirate hunter. For the next 18 months he sailed against his former allies and sought to bring them to justice.

In the year 1719, while hunting pirates off the coast of Mexico, Hornigold’s ship was wrecked on an uncharted reef island where he and his crew were forced to stay. He died on this reef, while five members of his crew later managed to fashion a canoe and sail back to civilization. The island upon which his ship was wrecked has never been identified, and our only contemporary accounts of this activity come from the testimony of those five sailors, whose accounts can only marginally be trusted as a result.