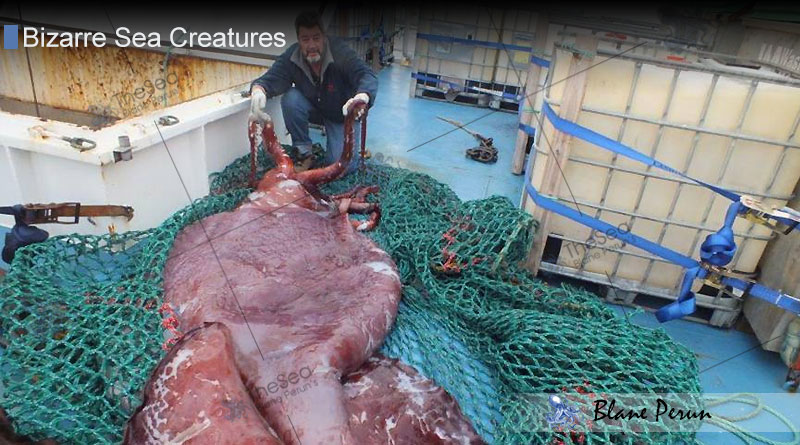 Giant and Beautiful Inhabitant of the Deep Sea

The colossal squid is, like the name suggests, colossal, indeed, in terms of the size of its habitat as well as in terms of body size. The creature inhabiting the wide territory that stretches from the Antarctica, through the waters that surround South America and South Africa, all the way to New Zealand, in waters the depth of which ranges up to 2.2 km, is the largest known squid on Earth. Known under the scientific name Mesonychoteuthis hamiltoni, this huge squid can grow to the size of 12-14 meters in length and can reach the weight of 750 kg, making it the largest invertebrate known today.
The critter’s truly colossal limbs are not only long and strong – they are also lined with toothed suckers and sharp hooks that are either three-pointed or swiveling.

Largest Eyes in the Animal Kingdom

The creature’s huge body moves very slowly, so it is more an ambush predator than an active hunter. This feature accounts for the extra-large eyes as well – it needs to be able to see very well to be able to spot the prey and to move its long limbs with precision to capture the food consisting mainly of toothfish as well as of other smaller fish.
One of the dead specimens found had eyes that measured 27 cm in diameter, with a pupil of 9 cm. According to scientific estimations, the eyes were even larger when the animal was still alive, possibly around 30 cm in diameter.