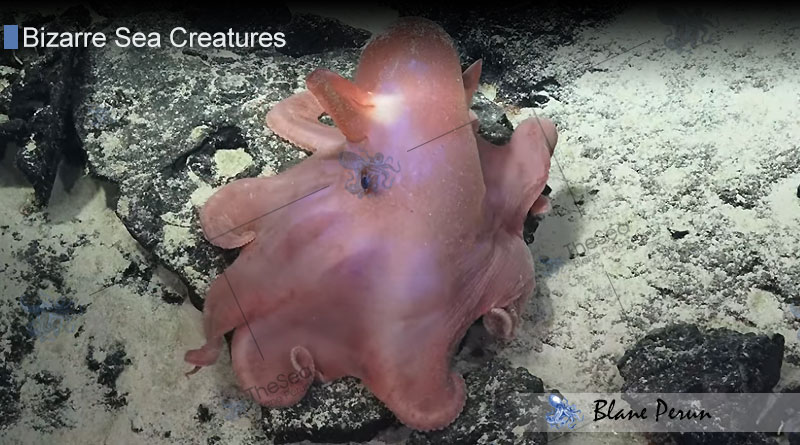 The Cutest of All Octopi

Considered by many to be the cutest octopus, the Dumbo octopus has received its name from the fins that look like elephant ears and which confer this little creature a very characteristic appearance. The fins have an essential role in the animal’s life: the octopus uses them for stability while it is propelling itself forward with the help of the water pushed through their siphon.
The genus of Dumbo octopuses, Grimpoteuthis, comprises 13 distinct species, all of them umbrella octopuses. Despite the fact that the habitat of the Dumbo octopus is very wide, it is very rarely seen and scientists believe that they are among the rarest octopuses on Earth. The animal prefers the deepest waters, it lives at depths of at least 4,000 meters, but some of them might live even at 7,000 meters.
The Dumbo octopus is a small animal. Its body usually reaches only the length of 20-30 cm, though the largest individual ever found was 1.8 m long (and it weighed around 6 kg).

Female Dumbos simultaneously carry eggs in different stages of maturation. The mating period is probably determined by environmental factors and can take place any time when the conditions are favourable. The egg-laying behaviour of female Dumbos is strange, too: they either lay their eggs under rocks or they carry the eggs around under or on their arms. The young ones are able to eat and to defend themselves right after they are born, therefore the mother does not spend any time with them after they hatch.