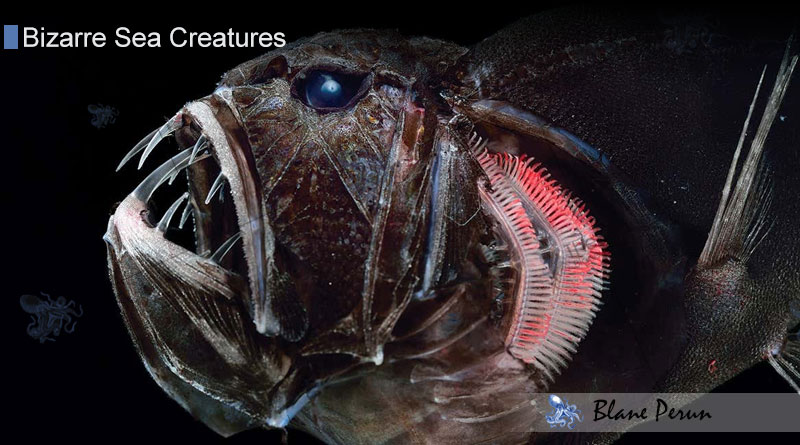 The fangtooth is a small and completely harmless critter of the deep seas, but its scary face makes it look like a creature from a horror movie – the scientific name of the animal’s genus is Anoplogastridae, a word of Greek origins that means something like “unarmed stomach”. The genus comprises two known species, the shorthorn and the common fangtooth.

These fanged fish live in the deep waters of the Atlantic and the Pacific, at depths ranging between 200 and 2,000 meters. While fully-grown individuals prefer the deeper waters, younger ones usually stay in the upper range. Both species feed on the planktons that they filter out of the water, but the adults that live in the deeper layers are known to be predators that feed on small squids and fish.

The two species of the genus share most features – they both have large heads and disproportionately long, fang-like teeth, eyes that are small and positioned high on the head, small, spineless fins and scales that are deeply embedded in the skin and are shaped like small plates.

Has the Longest Teeth of All Fish, Proportionate to the Size of the Body

The shorthorn fangtooth is the larger species of the two, reaching the size of around 16 cm, while the other species is half that size. The teeth that create the characteristic appearance in both of them are the largest that can be found in the world of fish when calculating their proportion to the size of the body.