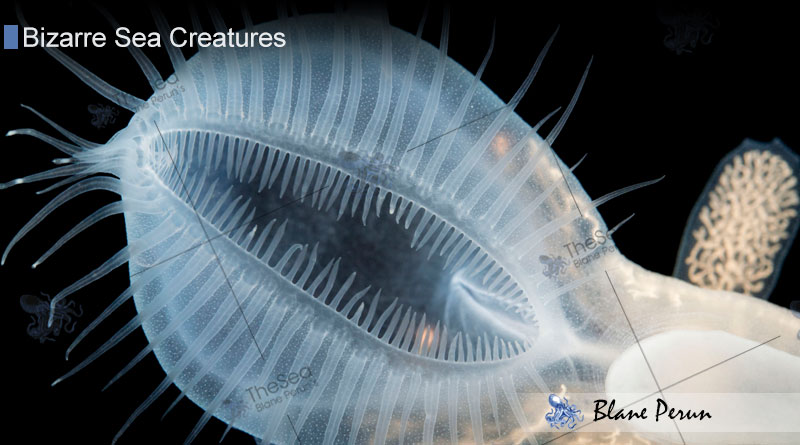 The hooded nudibranch, scientifically known as Melibe leonine, is a predatory nudibranch species that lives in the eastern Pacific Ocean, between Baja and Alaska. It prefers the shallow waters where there is plenty of kelp and seagrass, so the deepest layer that it has been found so far was 37 meters.
The hooded nudibranch grows to around 10 cm in length and reaches about 2.5 cm in width. The creature was named after a special body part, the expendable, sizeable oral hood that can reach the length of around 5 cm. Hooded nudibranchs are different from other nudibranch species not only because they have a hood, but also because they don’t have the chitinous plates in the stomach that the other species have.

Has a Special Diet and Special Eating Habits

While most nudibranch species feed on sessile creatures, such as sponges, the hooded nudibranch prefers planktonic invertebrates, such amphipods and copepods. This beautiful hunter is completely unable to chew, so it swallows its prey whole. While feeding, the individuals of this nudibranch species first attaches itself to the sea floor, then they pull back their hood, they thrust the hood forward to trap the prey. When the hood catches a victim and is closed, several rows of interlocking, small cirri are released to hold the prey in place. The hood then compresses even more and pushes out excess water while also pressing the captured prey downwards, to the mouth. The hooded nudibranch is quite fast, too – the entire process takes only about 4 seconds.