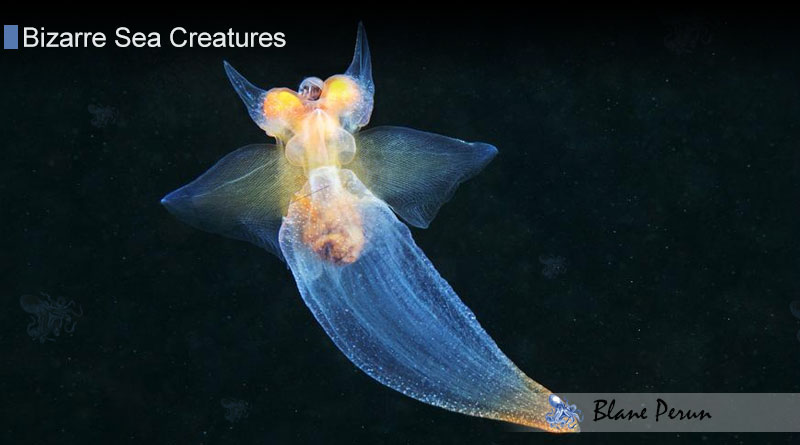 An Angelic-Looking, But Nasty

The sea angel (scientific name of the genus in Latin is Glymnosomata, while the name of the species is Clione limacina) is a species of sea slugs that looks angelic, indeed, with a tiny, transparent body, a head that has tiny projections that serve as sensory organs and parapodia, that is, little appendages that look like wings that are flapped to enable movement. This angel of the waters is so small that it is almost unnoticeable – the largest specimen are only about 5 cm long.

The sea angel’s habitat is widespread, they are found in almost every sea and ocean of the world, from the Equator to the Poles. In some areas, they might be found alone, but sometimes they congregate to form large groups of several hundred individuals.

The Name is Misleading: the Angel is Actually a Voracious Predator

The serene appearance hides an ambush predator. Being slow-moving creatures that are capable of high-speed movement only on very short distance (they have special muscles for performing swift movements, but those muscles cannot work for too long), hiding and ambushing their prey is the only way they can avail themselves to food. While some types of sea angels feed on many different types of small prey, others feed exclusively on their own distant relatives, the sea butterflies. After capturing the butterfly, the sea angel deploys another one of its special organs, the tentacles that grasp the prey, then the little predator simply scoops out the precious parts or devours the victim whole.