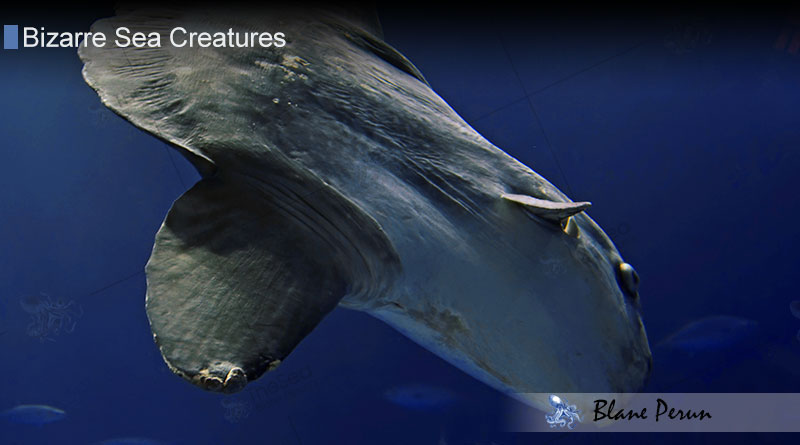 A Critter that Looks Like Stone and Is Just as Hardy

The sunfish, also called the ocean sunfish or Mola mola in Latin is the heaviest bony fish discovered by scientists so far, with fully-grown specimen usually weighing between 247 and 1,000 kg (the weight of an average passenger car). The native of the tropical and temperate water earned its Latin name based on its appearance – the term means millstone and it refers to the grey color of the animal’s body and to its round shape that confers it an appearance similar to a huge piece of stone.
The sunfish prefers surface waters and it likes sunbathing a lot, but it is an able swimmer, often found diving to over 800 meter deep.
The creature was initially thought to be quite passive, feeding on slow-moving animals, such as jellyfish, but they turned out to be excellent predators that move miles and miles each day and are quite choosy when it comes to food. According to recent studies, the stone-like fish does not eat all the prey it captures, it picks the most energy-rich parts of the jellyfish and leaves behind the rest.

Was Accepted as a Form of Tax Payment in Japan

In the 17th and 18th centuries, the fish was considered to be so valuable in Japan that shoguns accepted it as a replacement for money. However, there are other cultures that believed killing it would bring bad luck – Polynesians thought that killing a specimen would stop their staple food, mackerels, from coming to them.