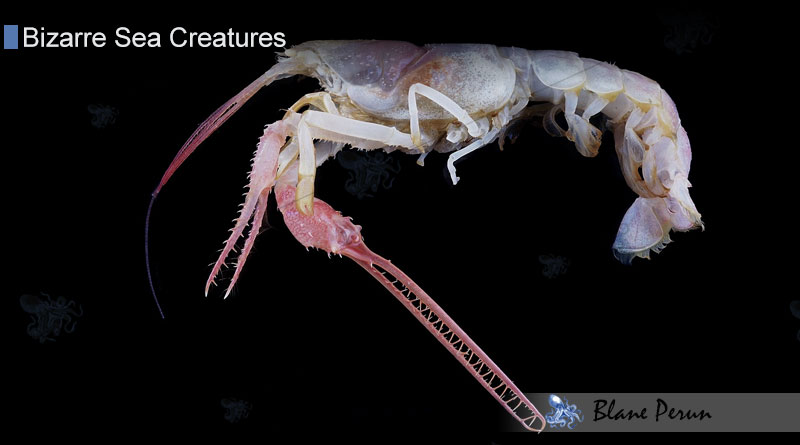 A Creature That Is Terrible Only from Up Close

The terrible claw lobster (or Dinochelus ausubeli, which literally means “terrible claw”) lives up to its name – it looks terrifying, indeed. However, the sight is awful only from up close – this crustacean is just around 3 cm long when fully grown. The lobster’s tiny body is translucent in most parts, with some pink and red coloring o the tail fan and on the middle of the body and on its two claws of two different sizes, one of them terrible, the other one horrendous.
The creature was discovered not long ago, in 2007, during a Census of Marine Life and it was fist described three years later. The word “ausubeli” in the Latin name refers to the marine scientist who supported the efforts of the researchers carrying out the census, Jesse H. Ausubel. According to the research conducted to map its habitat, the animal lives in one area only, in the waters close to the coast of Luzon, in the Philippines, in the depth of around 250 meters. The terrible claw lobster is a strange species not only because it looks strange and inhabits a little area, but only because not many of these animals have been seen yet, that’s why they are so mysterious.

The creature cannot see at all, but that disability does not stop it from using its claws with great dexterity. The claw is not just a simple tool for grabbing food – it is serrated with lots of teeth to make it look even scarier.