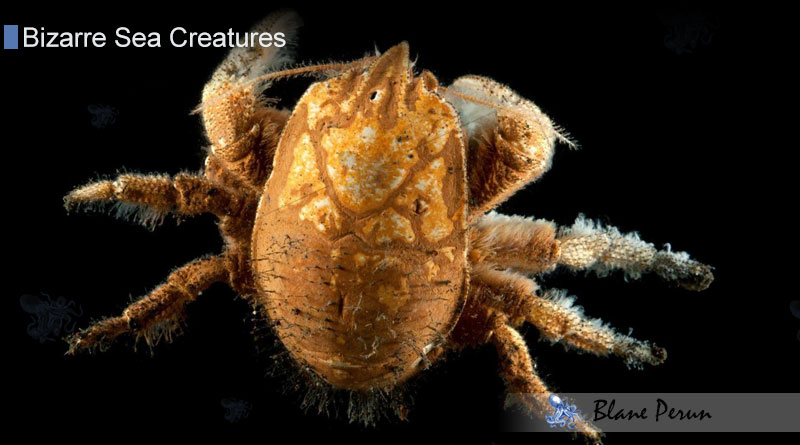 A White, Hairy Critters that Makes Its Own Food

The official name of the yeti crab is Kiwa hirsute, a name that also makes reference to being hirsute, that is, hairy. The decapod crustacean was discovered not so long ago, in 2005 in the South Pacific Ocean by an expedition organized by the Monterey Bay Aquarium Research Institute in the area of the Pacific-Antarctic Ridge.
The creature is as strange-looking as the snow monster it is named after. It has reduced eyes that have no pigment, just like the rest of the body that is white, too. The lack of pigments in the eyes has led scientists to think that the animal is blind. It has pincers with long hair on them and are inhabited by bacteria that help the host with the detoxification process (the crab prefers habitats in the proximity of hydrothermal vents where the water is loaded with minerals). The animal can grow to the size of around 15 cm and it is known to be long-lived, too, its lifespan reaching 20 years.
The diet of the yeti crab is not fully known, but some strange features have been confirmed. It is supposed to be carnivorous, but it is also known to feed on bacteria.

Produces Its Own Food

The hairy legs of the creature serve as breeding ground for lots of bacteria, what’s more, the crab even tries to encourage the proliferation of these bacteria by waving its limbs around the hydrothermal vents. The crab does not do this unselfishly – the bacteria growing on its own body is among the host animal’s favorite dishes.