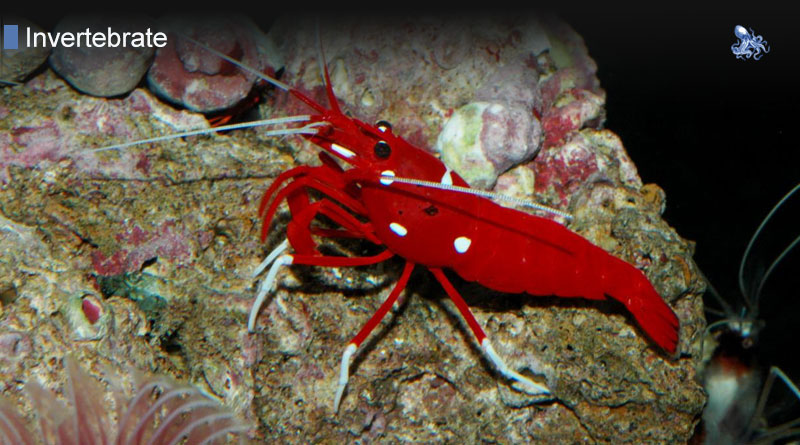 Lysmata debelius is a type of shrimp belonging to the family Hippolytidae that has been pointed out as indigenous to the Indo-Pacific; and this species of cleaner shrimp is known by many names, including fire shrimp and blood shrimp. The shrimp is relatively new, having only been discovered for the first time in 1983. many specimens of the species are reclusive and illusive, not coming out of their hiding places in most cases, and known to be opportunistic feeders and scavengers. Occasionally, they can behave more aggressively towards smaller fish, but they are, for the most part, a timid species.

The red fire shrimp is probably the best name that describes the Lysmata debelius and its uncommonly attractive appearance. The shrimp is bright red, with four long white antennae that they use in order to signal other fish regarding their cleaning services. This species of cleaner shrimp is not overly large, growing at most to about 3 cm in length. They feature white tips on their third, fourth and fifth pereiopods, and there is not much apparent distinction between the males of the species and their functional hermaphrodite counterparts.

Due mainly to their heightened intelligence, blood shrimp can behave in ways that are difficult to predict. Although they are mostly timid, they have been known to be perceptive and aggressive, and strike fiercely from the shadows, sometimes even burrowing into clams and eating them from the inside. The shrimp’s main diet consists, however, of coral reef polyps. It can feed on the polyps of both large and small stony coral polyps, and it may also attack smaller fish. A scavenger in every sense of the word, this fiery red variety of shrimp will not hesitate to jump to the occasion and devour the remains of dead fish and other marine animals, while retaining a sharp sense of self-preservation.

Lysmata is categorized as a cleaner shrimp, and it can often be spotted roaming the coral reefs of the Into-Pacific, being particularly prevalent in the Philippines and their surrounding islands. Aside from debelius, other Lysmata species such as amboinensis and grabhami also fight for supremacy as the main cleaner shrimp on the reef, but the fire shrimp is much less active in this department, since it tends to stay in poorly lit areas. In spite of this fact, the blood shrimp does a thorough job cleaning fish and can be more active in areas where it has more confidence, with a greater variety of handy hiding places to retreat to.