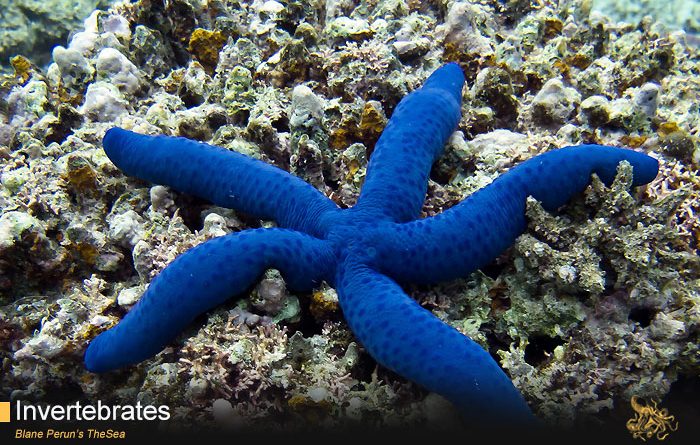 Like many of its counterparts, the blue starfish is mainly known for its regenerative abilities. Over time, it has been observed to regenerate limbs that were damaged or broken off, healing even the most dire of injuries. The species can be either light or dark blue in color, and rarely grows to overly large sizes. A benign and peaceful creature, the starfish is a detritivore, and is known to reproduce asexually, although this has not yet been fully confirmed by scientists. Many other mysteries surround the blue sea star, among them the fact that ecological or behavioral differences between sea stars of varying color variations have yet to be defined in a conclusive manner.

A blue pigment known as linckiacyanin is responsible for the various blue hues of the star fish. Depending on the ratio and varying combination of pigments, the colors can range between a clearer bright blue, a slightly darker shade and a deeper, navy blue or even orange and purple variations. These sea stars are normally small in size, but they can grow to sizes of over 30 cm on occasion. Some individuals can bear lighter or darker spots, and their five arms are elongated, tubular in shape and typically displaying a firm texture.

Although they aren’t too lively, the behavior of blue sea stars has fascinated scientists for numerous decades. They live subtidally or intertidally, and their movement rate is slow, usually staying at a rate of 8 cm/minute. They normally inhabit coral reefs, and can be found to populate sea grass beds as well, specimens being located at large distances from one another. There is not much known about the reproductive cycle of the blue starfish, aside from the fact that it has been observed to reproduce asexually. The species’ main predators are harlequin shrimp and pufferfish, as well as sea anemones.

Like other members if its species, the blue sea star has remarkable regenerative capabilities, being able to regrow entire lost limbs completely, to the same size as their original limbs. Although this process can take a significant amount of time – over a year in some cases – the blue starfish will find it easy to adapt to its growing limb and it uses it efficiently until the time when its regrowth cycle is entirely complete.