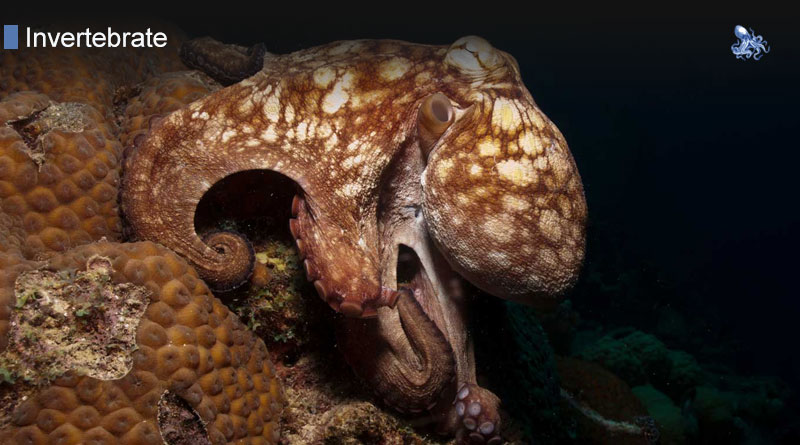 The Caribbean reef octopus is a large and chunky cephalopoda species found mainly around Central and South American coasts and in the Pacific region. This reef octopus species prefers shallow water areas, with rocky substrates where there are lots of caverns and lairs to hide in. Being an unsociable creature, the octopus spends most of its time alone. It is easily provoked and when it feels threatened, it draws in a large amount of water into its body, then expels the jet at tremendous speed, scaring away the predator and propelling itself away. Like many other octopus species, these animals also have an ink sac that releases a dark-colored substance to drive away predators and to blur their vision while the octopus flees.

These reef octopi wear a mantle that is around 60 cm large and also have large, strong arms. They weigh around 1.5 kilos when fully developed. Their color is difficult to identify because they are masters of camouflage, changing color in the fraction of a second to blend into the environment. The color range is very wide – the reef octopus can be of any color from crimson to grey and green and it can also change the texture of its skin.

These octopi are carnivorous predators that feed mainly on smaller shrimps, crabs, lobsters and small fish. They are nocturnal creatures that spend the day in hiding and come out to feed during the night. They are quite active at night, moving around not only in order to feed.

The mating season of Caribbean reef octopi is quite long – it usually starts in January and lasts for around two months. The body of the male and the female are identical, they show no physical differences. During reproductive periods, mating takes place repeatedly – the male mounts the female and uses one of his arms as a tube to transfer his sperm into the body of the female. The process takes about half an hour, but its exact length is determined by the male. The female keeps the sperm inside her body for around 100 days, after which she finds a suitable lair to lay her eggs into. She lays the eggs in the form of clusters, usually up to 500 at a time. She stays with the eggs until they hatch, usually for a period of 50-80 days, protecting the clusters against predators. Newly hatched Caribbean reef octopus individuals are able to survive on their own, but they take another 140-150 days to develop completely and to reach sexual maturity.