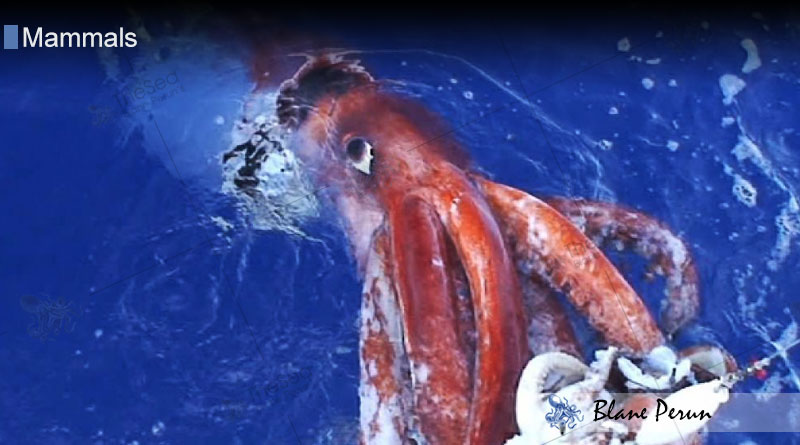 The colossal squid is one of the more unique seafaring creatures ever discovered. Its eyes alone measuring about 27 cm in diameter, this creature of truly mythical proportions has appeared in legends and stories throughout various cultures from around the world for many years. Together with its cousin, the giant squid, colossal squid have one of the most unique anatomies of all underwater creatures, being capable of reaching extreme depths and, apparently, digesting food with their brains…

The colossal squid – also known as the giant cranch squid – is now known to be the largest type of squid. So far, only a handful of specimens have been spotted or observed more closely, most of them being less impressive in length and weight than initially thought. In fact, the largest squid ever found measured “only” 4.5 meters and weighed about 450 kg, having been discovered by a New Zealand fishing boat off the coast of Antarctica. Colossal squid were long believed to be just a myth perpetuated through tradition and folklore in various cultures, the first ever specimen having been caught as late as 1981. The first remains of a specimen were found in the stomach of a sperm whale in 1925.

One of the most impressive characteristics of the colossal squid is its unique digestive system. While its huge tentacles can accurately capture prey at a distance of over 10 meters, the squid is forced to tear up most of its prey into tiny pieces in order to be capable of digesting it and avoid damaging its brain while it swallows the food – yes, you’ve heard that right. Feeding through a small hole through its head that leads to the opening of the esophagus, the squid only has a small donut-shaped brain, weighing about 100 grams and going all the way around the esophagus. Due to its adaptation to colder temperatures, however, the colossal squid has a very low metabolic rate, allowing it to thrive on a relatively small amount of food overall.

Very little is still known about the colossal squid. This remarkable sea creature is thus far believed to feed on larger fish and prey such as the chaetognatha. Another unique quality of the squid is its cunning ability to ambush its prey, using a variety of techniques that have allowed it to perfect its skill without a significant energetic demand. This quality is thought to have led the colossal squid on an evolutionary path that led to its large size, impressive vision and unique digestive capabilities. Based on capture depths, it is estimated that juvenile squid can reach depths exceeding 1 km, while adult colossal squid might be capable of going deeper than 2.2 km below sea level.

The large eyes, significant size and slow metabolic rate of the colossal squid are only a few of the remarkable anatomical traits that researchers have associated with this impressive creature. Some data about its reproduction has also been derived from discovered specimens. While the squid’s method of reproduction is still unknown as of yet, it is believed to be sexually dimorphic, as is the case for many species of invertebrates, the females of the species being much larger than the males. Scientists hope to further study this amazing creature; for now, however, the colossal squid still remains quite illusive.