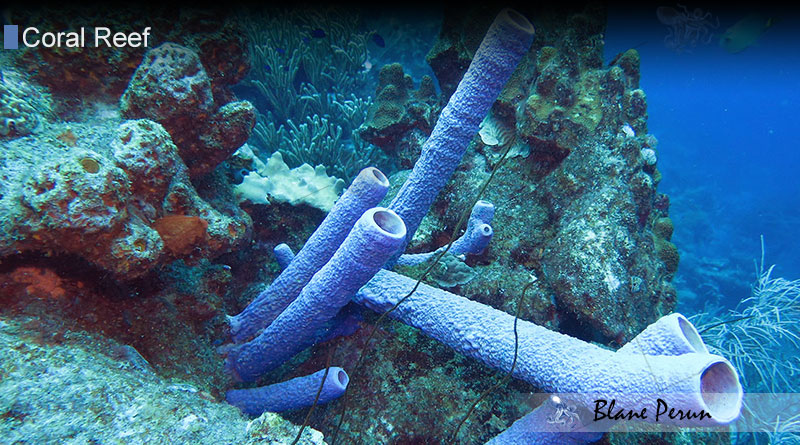 When it comes to determining what the best location for coral growth might be, it is essential to find out in what environment coral reefs form and what the best conditions are for their ongoing thriving. Depending on geographic location and a number of other factors, corals might find it easier to form and reproduce. Recent evidence shows that corals found in tropical and subtropical regions are being destroyed much faster than they can recover, warranting the need for continual conservation efforts around the globe.

Before we go any further, it’s important to ask the question “in what environment do coral reefs form?” Since most shallow water reefs require at least a temperature of 18 Celsius degrees, very few reefs can survive below that margin. The exception to this rule is 37 species of scleractinian corals, found primarily in the Persian Gulf, that have evolved to withstand a more generous margin ranging between 13 and 38 degrees. Most reefs can be found in subtropical and tropical waters, ranging from Florida to Brazil in the western Atlantic, to the coast of Africa in the east. Coral reefs are most prevalent in southeast Asia and the central Pacific, and many reef formations also exist on the coasts of India, eastern Africa, the Arabian peninsula and Australia.

Since deep water corals usually take their energy from sources other than sunlight, they don’t need such a balanced environment as their shallow water counterparts. When asking the question “in what environment do coral reefs form?” and including deep water reefs into the mix, it can be noted that these reefs are found as far north as Norway or Canada, and are able to withstand extremely harsh environments. Their depth ranges between 400 and 700 meters, and the Madrepora oculata was even located at a depth that exceeds 2,000 meters.

The better known shallow water coral formations are still standing strong for now; however, according to recent findings, 90% of them could be under threat to disappear by the year 2050. For now, large coral formations like the Great Barrier Reef, off the coast of Australia, and the Mesoamerican Barrier Reef System, covering about 1,000 km in the Caribbean, remain some of the largest coral reef structures on the planet. Other notable reef systems are the Andros barrier reef in the Bahamas, the New Caledonia barrier reef, the Red Sea and the Philippines coral reef area, which is one of the most diverse, estimated at about 26,000 square kilometers. These insights should give us a clue about the places where corals are likely to regain their former growth cycles in time, as long as pollution can be limited and global temperatures can stabilize.