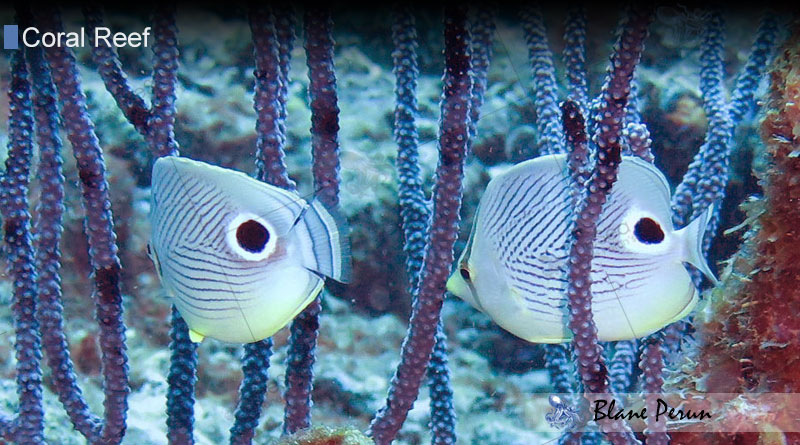 When we think of the question “why are coral reefs important in a marine ecosystem?”, the impressive biodiversity of coral reefs immediately comes to mind. These systems support a large number of marine creatures with food, from the smallest krill and plankton to the largest whales and sharks, and offer shelter to numerous others. Overall, millions of species of vertebrate and invertebrate animals, as well as numerous marine plants benefit from the diversity and efficiency of the coral reef ecosystem.

Why are coral reefs important in a marine ecosystem and what is their impact on other ecosystems located off-shore, at greater depths and distances from the coastline? The main benefit to consider here is that coral reefs support many marine species by housing their young. Some animals migrate across considerable distances in order to breed close to atoll or barrier reefs, and many of them also leave their juveniles in the safe area of the reef in order to grow and develop. For these animals, coral reef ecosystems are somewhat like a nursery, providing food, shelter and a stable environment for juveniles to grow into healthy adults.

Now the main question is, why are coral reefs important in a marine ecosystem and how do these reefs really influence other ecosystems? As corals grow, they constantly branch out and become large enough to provide shelter for an ever-increasing number of marine creatures. Branching coral in particular offer some of the best hiding places for tiny organisms to thrive in. Healthy coral reefs also support schools of fish and a huge diversity of marine creatures that are responsible for supplying the entire ocean with a rich and diverse gene pool. This translates into healthier and more resilient members of every species, that have an improved chance of survival in the face of detrimental conditions such as climate change and ocean condition fluctuations.

The fish and other small organisms supported and housed by coral reefs also serve as food for larger predatory carnivores, such as sharks, manta rays, dolphins or whales. These species play an important role in the ecosystem of the entire ocean. As apex predators, some species of shark or whale are extremely important due to their ability to keep the populations of other sea creatures in check. Their survival, along with the survival of many other species of marine creatures supported by coral reefs, is therefore, essential.