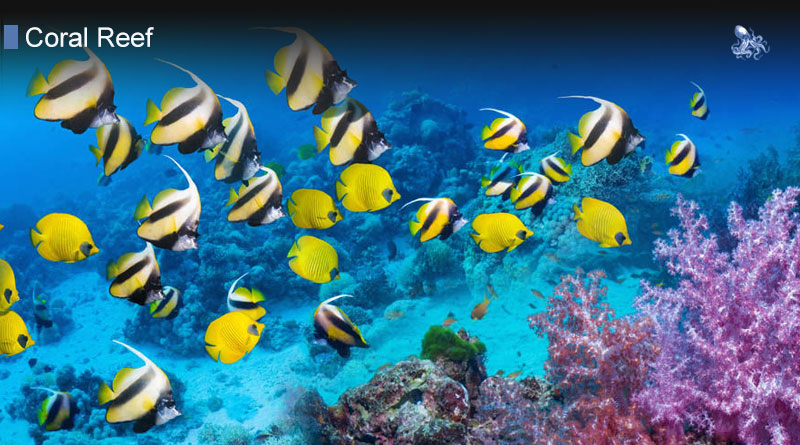 The Red Sea coral reef ecosystem is one of the most unique in the world. These reefs are quite old and extremely diverse, but most importantly, they are also known for their remarkable resilience in the face of changing climate and sea level conditions – shifts that have adversely affected a large percentage of the world’s coral reef populations.

The Red Sea separates the Arabian Peninsula and Africa, and it is uniquely sheltered from the currents of the Indian Ocean through a narrow strait known as Bab el Mandeb. Because of this fact, and as a result of the unique geological history of the sea, influenced by the gradual ongoing separation between the African and Asian continent, the Red Sea coral reef ecosystem is one of the most beautiful and unique in the world. Its depth is relatively small, around the average value of only 1,600 feet. Also, the clarity of the water here is greater than almost anywhere else, and the negative impact created by the dissipation of fine sediments that affect most coral reef formations from around the world does not exist here. These conditions and the lack of strong winds and currents that might appear in the ocean, have contributed to an impressive ecosystem biodiversity in the entire region.

Despite rising sea temperatures, the diversity and impressive resilience of the Red Sea coral reef ecosystem continues to support the presence and ongoing survival of many species of sea creatures that can no longer thrive anywhere else. A number of about 300 species of hard coral was recorded to live in the Red Sea, with about 200 species present mainly along the Egyptian coastline. The reefs support a number of 1,200 species of coral reef fishes, about 10% of which are not found anywhere else on Earth. While severely understudied and underrated in the past, the Red Sea coral reefs are now given full attention by various foundation, coral reef conservation movements and scientists from around the world. Their rare stability could help save many endangered or threatened marine life species that may have already disappeared in other parts of the world.

Red Sea corals are not immune to climate change and global warming. Despite being generally healthy, there is evidence that coral reef bleaching is slowly becoming a problem, and combined with the damage coming from shipping, fishing practices and improperly managed dive tourism, the continuing degradation of coral reef systems in the area seems all but inevitable. Fortunately, a number of protected areas have been established as early as the 1980s here, and their number is growing. Scientists hope that these initiatives can at least help slow down the damage that the Red Sea coral reef ecosystem is currently subjected to.