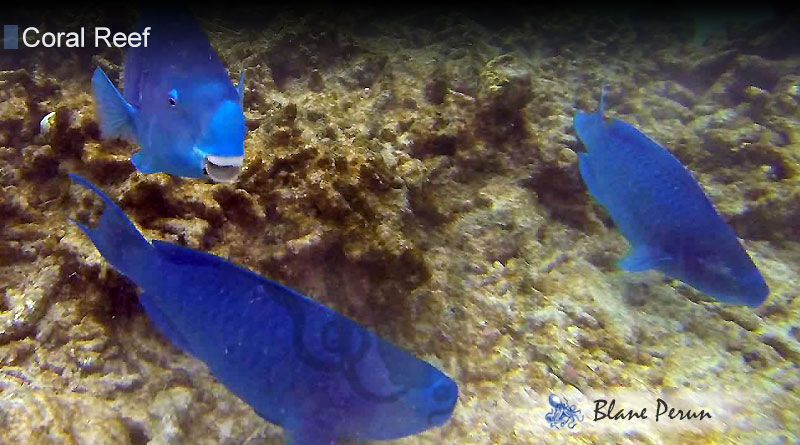 Since coral reefs take their energy from several places, the question arises: what do coral reefs eat, and how does the process of transforming food into energy and reef formations occur? Understanding these details can help gain increased awareness on the types of organic and inorganic materials used by corals in order to thrive, maintain their bodies, reproduce and construct their famous calcium carbonate reef formations. In turn, this insight can lead to more responsible choices regarding the harmful materials we often dump so carelessly into our precious oceans.

So, what do coral reefs eat and how does the feeding process work? The way feeding usually happens in the case of coral reefs is that the individual coral polyps making up the coral community use their tentacles to trap unsuspecting prey and organic food particles and ingest them with the help of their nematocysts – a specialized type of cnidae. These structures make it easy for the fragile, gelatinous body of the polyp to also defend itself against attacks and struggling prey. The result is a quick and seamless feeding process that has served the evolution of coral reefs well for millions of years. There are some species of corals that also use fine strands of mucus to collect smaller food particles.

Gaining a fair amount of understanding on the feeding process itself can be useful. But the question is, what do coral reefs eat and what are their most significant feeding habits? Coral polyps are usually nocturnal feeders, so most of their feeding activities are done at night. Because of their unique structure, they don’t need to pinpoint their prey or conduct any complicated movements in order to capture it. Also, because colonial polyps have interconnected stomachs, the feeding process can be made highly efficient, polyps obtaining a greater amount of food being able to share it with their peers.

Most reef building corals derive much of their food from the zooxanthellae that they coexist with, trapping sunlight efficiently in order to transform it into usable energy-giving sugar. Some corals are more fond of solid food, using larger filaments secreted from their stomachs to capture even small fish. Most of the time, however, coral polyps tend to feed on much smaller organisms, such as microscopic zooplankton or phytoplankton – the latter mainly being preferred by soft coral species.