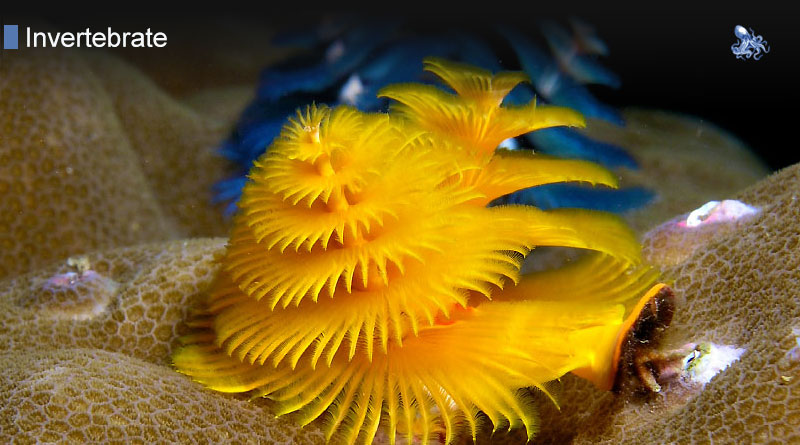 Annelids (annelida), also called ring worms or segmented worms, are an invertebrate species that lives in a wide variety of habitats. While some can be found in freshwater, others can even survive in the harsh depths close to hydrothermal vents. Some of the most special traits of these invertebrates are their symmetry and their use of parapodia (fleshy protrusions that allow the invertebrates to swim) for locomotion.

One of the most interesting things about annelids is that they can be found in a vast array of places, all over the world. They are primarily considered a marine invertebrate – many annelid species thriving in the ocean and known to survive anywhere from intertidal algal mats to the deepest hydrothermal vents and the bottom of the ocean. Highly adaptable, as well as very diverse, segmented worms are known to most people as leeches, but most of the roughly 12,000 species in existence are found in the ocean, with more than 10,000 species belonging solely to the Polychaeta class.

While some families of segmented worms have evolved jaws, and the wide range of feeding structures associated with them are quite diverse, there are also species – some even predators – that don’t have jaws, and are known to use palms to find food particles among the sediment from the bottom of the sea, wiping them against their mouths to feed. Many of these worms are highly resilient, however, because of their ability to use energy from both organic and inorganic matter. The gut is basically just a tube supported by vertical partitions known as mesenteries, and the invertebrates use a special type of symbiotic bacteria to convert inorganic matter from hydrothermal vents and other inhospitable habitats, into nourishing organic matter that provides vital sustenance to their hosts.

There are a very wide range of aquatic annelid species in the world, being generally divided up into two types of segmented worms: Polychaeta and Hirudinea (leeches). These classes branch out to the thousands of species in freshwater and, primarily, in various marine habitats. Species like Palpata, Aciculata, Scolecida and Psammodrilidae are among the most prevalent types of marine segmented worms, all belonging to the Polychaeta class. These species are extremely variable in shape and size, as well as versatile, when it comes to their ability to adapt well-developed sense organs, as well as specialized organs such as tentacles and specialized gills designed to facilitate feeding and respiration.

One of the most fascinating properties of segmented worms is that their bodies are essentially made up of segments, each featuring basically the same organs. There are, of course, a few exceptions to this rule, as some sections of the annelids’ bodies – generally the frontmost and earmost “segments” – differ greatly from the rest, as this is where the mouth, brain, sense organs or anus are located. The segments develop one at a time, and while some species of annelids have a limited number of segments they can grow, others never actually stop growing throughout their life spans.