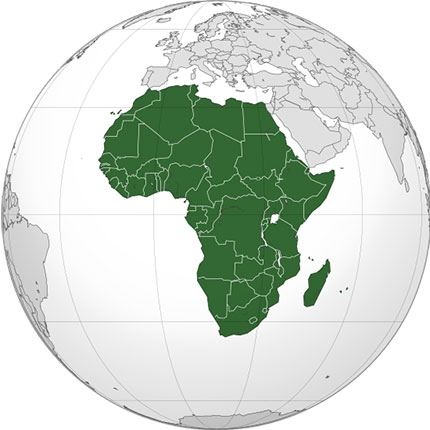 Located in the southwest Indian ocean, Comoros is home to a wide range of coral species that have since gotten healthier since a bleaching event in the late 1990s caused the death of 50% of the corals in the region. Sites like Moheli, which is far from human inhabitant, have fared better than others more populated areas.

The warmth of the Red Sea mixed with a potential heat resistant algae protecting much of the coral, the coral reef systems along Eritrean coasts are thriving. While much of the warmer waters have called massive bleaching issues, the coral here is somewhat of a marine mystery as it continues to thrive despite water temperatures.

Being the only country in the world with coral reefs in three separate oceans (The Atlantic, Pacific and Indian), France offers one of the most unique coral landscapes in the world. The French island of Mayotte is nearly completely surrounded by coral reef and is widely protected from ships and other human pressures.

Located near the eastern coast of Madagascar in the Indian Ocean, the French Reunion Island is home to a massive coral reef that covers a large portion of the western littoral. Located between the islands of St Leu and St Giles, the coral reef is more than 9km long and ranges from 50m to 600m in some areas.

One of the largest islands on the planet, Madagascar is home to some of the most vibrant coral reefs in the entire African region. The west coast of the country is home to the regions greatest diversity of coral reefs, offering various reef types such as fringing, barrier and even bank reefs.

Viewed as a tropical oasis for tourists and an example of economic excellence for small island nations, the population boasts a high education acumen and low unemployment. With that said, the rapid development of land has cost the coral reefs and coastal lagoons of the nation, causing increasing damage.

Considered by many as a hotspot for biodiversity, the coral reefs located in the Mozambique Channel are some of the very best in the African region. Not only have they gracefully survived the rising water temperatures and human-caused damage, but they have done so with flying colors, literally!

One of Africa’s smallest and most impoverished countries, Sao Tome and Principe heavily relies on their fishing industry to supply almost all of the country’s protein. This in turn has caused issues in maintaining the health of the coral reef ecosystem, though recent conservation efforts have begun.

After an “El Nino” in the early 2000s left much of the coral reefs in Seychelles decimated, signs of growth in recent years have shown promise that they can return eventually to the stunning beauty they once displayed. With the El Nino event causing an estimated 95% of the coral reefs to suffer bleaching and die, this recovery is nothing short of remarkable.

The more complex and abundant coral reefs in Somalia are located at the Saardin Islands were they are actively growing. The most prevalent coral is the Scleractinian coral and the sheer number of fish species present is unique to the area.

One of the more popular coral reefs in all of Africa has to be Seven Mile reef located at Sodwana Bay, part of the Wetland Park. Popular among divers and snorkelers alike, soft and hard corals, sponges, anemones, and an abundance of fish species can be found at this location. The reef is a 25 mute boat ride from shore and is definitely worth a visit if in the area.

Located in the Gulf of Aden, coral reefs in the area boast over 200 species in variety and are in relatively good shape compared to other coral reef systems in the area. This is believed to be in part from a thin layer of algae protecting the reefs.

You can’t talk about coral reefs in Tanzania without mentioning the award-winning nature preserve that is Chumbe Island Coral Park. Featuring a fully protected coral reef sanctuary, the reefs are kept in pristine shape from any human interaction year round.