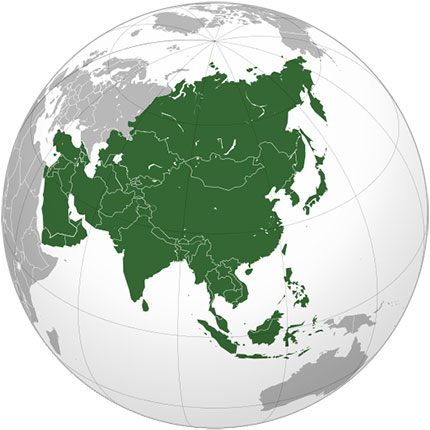 Located on the north east coast of the island of Borneo, Brunei Darussalam is completely surrounded by Malaysia except for its South China Sea coastline to the northwest. Home to over 400 coral species and more than 600 species of reef fish, the waters off the coast of Brunei Darussalam are some of the most active in the area.

Though statistics are incomplete and not widely reported, coral reefs in Cambodia have fallen victim to a plethora of human factors. Unsustainable fishing pressures and poor management have depleted much of the fish in the area. The reefs have also fell victim to bleaching and with surveys of the coral being limited, the extent of damage is widely unknown.

Unsettling recent reports have come out from Philippine controlled atolls and media outlets that Chinese fisherman have been deliberately destroying thousands of kilometers of coral reefs near the hotly contested Spratly Islands. Using their propellers to break up the reef, credible outlets including BBC have also confirmed these reports as accurate.

The coral reefs in India are some of their most ancient and coveted ecosystems in the entire country. Considered to have around 8,000 kilometers of coastline, coral reef can be found all over. Some of the most prevalent coral systems can be found at the Andaman and Nicobar Islands as well as the Gulf of Kutch, .

In recent years, unregulated fishing and other human factors have threatened much of the coral reef native to Indonesia. Government agencies have stepped forward with initiatives to protect two major coral reef destinations in the Bali regions of Karangasem and Buleleng.

With more than 4,600 kilometers of coastline and boarding four enormous bodies of water (Sulu Sea, Straits of Malacca, South China Sea, Sulawesi Sea), Malaysia is widely considered a maritime country. Considered to be a large contributor to the Coral Triangle, Malaysia is home to some of the most stunning coral reef formations in the world.

Home to some of the most stunning and exotic ocean views in the entire world, the Maldives are also home to some stunning coral reef formations. There are many shipwrecks and color reef formations to explore through the crystal clear water that nation of Maldives call home.

Considered one of the most breathtaking and fragile marine ecosystems on the planet, the coral reefs in the Philippines are both healthy and home to a plethora of marine life including sharks, eels and starfish, amongst many other species. Part of the Coral Triangle, the Philippines are said to the most species of fish and coral than any other marine environment on earth.

When looking to check out coral reef in Sri Lanka, a stop at Hikkaduwa National Park is critical. One of two marine national parks in the nation, the area is considered a nature reserve and protected from the growth if visitors it will surely have in coming years.

Located near the southern tip of Taiwan, the National Museum of Marine Biology supports some of the world’s best research facilities supporting the coral reefs of the nation. Organizations like this one were critical in restoring and protecting Taiwan’s coral reefs after the typhoon of 2009 that devastated the nation’s reefs.

Like many coral reefs in the area, Vietnam’s coral reefs have been subject to decimation by some natural catastrophes over the years, most notably at Cat Ba islands and Ha Long bay. Some success stories post-bleaching can be found at corals near the north Binh Thaun province which have recovered quite well post-typhoon.