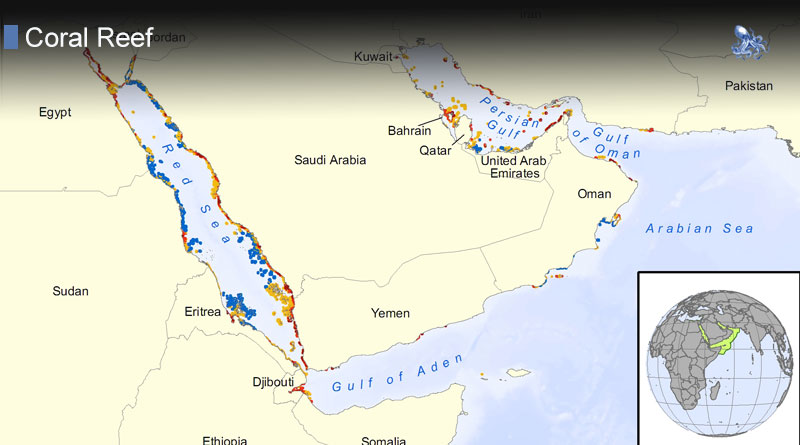 Despite the fact that the Red Sea seemed an untouchable paradise for a long time, recent developments have led to Red Sea coral reef threats becoming some of the most pressing and difficult concerns of all coral reef-related threats. The Red Sea is home to some of the rarest and most beautiful coral reefs and endangered marine species on the planet, some of which cannot be found anywhere else. Due to a combination of threats and stressors, the Red Sea is now in trouble, and it’s up to the government of Egypt to coordinate the major efforts that could help save it, or at least postpone its destruction.

This once beautiful and pristine paradise has come under threat as a result of massive oil spillage throughout the past few years and decades. While affected by this and other Red Sea coral reef threats, the sea still features beautiful areas that remain as small remnants of the glorious beauty and clear waters that it was once known for. Unlike in most parts of the world, it seems that land-based activities are those that make up the most problematic stressors associated to this area. The result is that some areas have even become uninhabitable as a result of constant oil spillage, while most are rapidly becoming challenging environments not only for coral reefs, but for the diverse marine life that used to populate the entire Red Sea.

The evolving tourism industry has done much more harm than good when it comes to bringing the once pristine environment of the Red Sea into public view. Despite bringing in millions of tourists every year, local hotels are also pumping significant amounts of chemicals and waste products into the sea, and alongside local oil rigs, they are considered to be among the main Red Sea coral reef threats in existence. The equipment used for the furthering of the oil industry in the region is even worse, since very little effort has been made to keep it up-to-date, most companies merely focusing on profit at all costs. Because of the constant use of these oil rigs in the north of the Red Sea, dolphin populations have migrated to the south, and the already contaminated beaches and reef areas continue to suffer as a result.

Friends of the Earth Middle East (FoEME) and Hepca are two of the leading organizations that are attempting to clean up the Red Sea. Despite all efforts, their results have been limited by a lack of environmental consciousness in the area. Education and direct involvement by people genuinely interested in preserving the natural heritage of the region are the best measures to eliminate Red Sea coral reef threats.