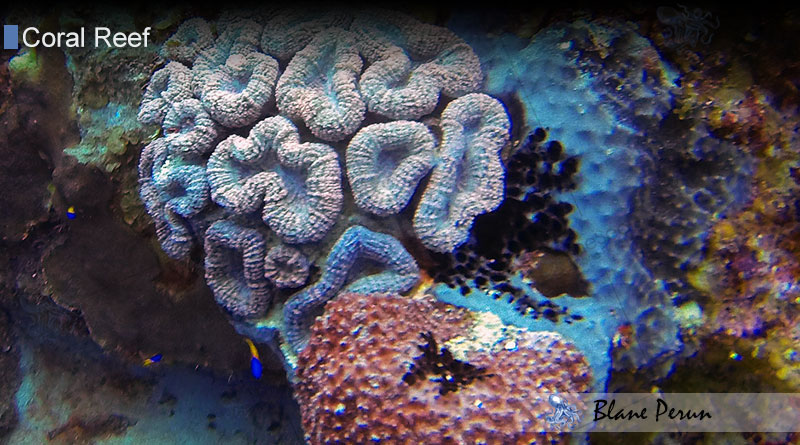 As we study coral reefs, the question often arises: how do algae help the coral reef, and why are they such an integral part of the process when it comes to reef building, the maintaining of coral reef biodiversity and so many other essential functions? Such issues have only been elucidated by scientists over long periods of time associated with extensive study and research. Their results showed how microscopic and macroscopic algae work to help with energy production, as well as offering support and shelter to a wide variety of animals.

Before going into the deeper details regarding the relationship between algae and corals, the question must be asked: how do algae help the coral reef, and what is the full role played by zooxanthellae. These are by far the most important species of algae on the reef, and aside from its main role of providing stony corals with vital energy through essential nutrients, they also give corals their colors and unique appearance. Because of the strong relationship between stony corals and zooxanthellae, the corals actually behave as plants, seeking out places where turbidity and sediment count are at their lowest point and sunlight is at its height. Because of their zooxanthellae, corals are some of the most productive animals in the coral reef ecosystem, yet they thrive best in clear, nutrient-poor waters.

Among the microscopic algae that seek protection from the coral reef environment in exchange for vital nutrients, benthic diatoms are among the most important. Usually found covering the surfaces of seaweed and seagrasses and the open sand found between coral reef formations, they have remarkable productivity, and their biomass makes them one of the most important producers on the reef. They are thus able to attract primary consumers that then lead to a greater diversity within the coral reef ecosystem.

There is also a great deal to talk about when it comes to macroscopic algae, commonly known as seaweed. These algae can be found in abundance on the coral reef, and are categorized based on color: red, brown and green algae. Their pigments are designed to be used at varying depths, so they can maximize the efficiency of the coral reef’s energy output as primary producers. While green algae are more common in shallow areas, you are likely to find brown and red algae at the deepest levels of shallow reef environments, ranging from 30 to 150 feet. These details should provide sufficient clarity regarding the question “how do algae help the coral reef?”