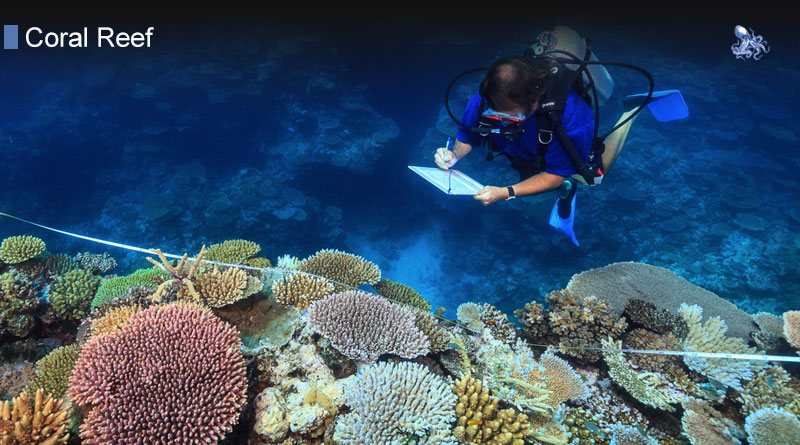 Coral reef conservation has become a major concern in recent years, according to organizations like the National Oceanic Atmospheric Administration (NOAA). Tasked with focusing mainly on the conditions of the ocean and the atmosphere of the Earth, this institution has targeted the problem of coral reef disappearance around the world for decades. According to climate change theories and observational data from all the world’s oceans, the threat of diminishing coral reef resiliency is a real one, and measures are taken to help prevent the natural catastrophes that it might cause.

Coral reef conservation has become a necessity. Experts warn that the impairment associated with coral reef bleaching, increased ocean temperatures and unstable weather can impact the Earth’s ecosystem at a global scale. Even though coral reef formations can recover from bleaching over a longer period of time, the devastation caused in the meantime can have a severe impact on the ocean, as well as on humanity itself. Coral reefs assist with nutrient recycling and nitrogen fixing, and they also provide natural habitats for many thousands of species of marine creatures that are essential to the global food chain. Without coral reefs, coastlines will also be at a risk of being severely affected by powerful storms and devastating wave action, especially in tropical areas.

Since the year 2000, NOAA partnered with the National Fish and Wildlife Foundation to help coral conservation programs and coordinate with smaller institutions and companies to gradually slow the impact that fishing and pollution might have on the ocean’s most fragile ecosystems. The three most important areas of research have always been global climate change, unsustainable fishing practices and land-based pollution sources. Today, the projects supported by NOAA extend to many areas throughout the Caribbean, the Pacific and Atlantic Ocean, including Puerto Rico, Florida, Mesoamerica, Guam, the Northern Mariana Islands and the American Samoa.

NOAA has received more than $100 million in federal funding for its Coral Reef Conservation Program as early as 2003, and the organization is still under the spotlight, being known for some of the most important ongoing initiatives to help preserve and protect the integrity of coral reef formations from around the world. Recently, additional grands were offered, and NOAA has awarded more than $8.4 million in cooperative agreements, grants and conservation programs just last year. The scientific programs managed in Micronesia and the Caribbean and the projects involving the improvement of water quality in Hawaii and the US Virgin Islands all seem to be promising initiatives to protect coral reef environments. A good portion of NOAA’s funding is also going to education, with the intent of raising awareness about the importance of coral reef conservation worldwide.