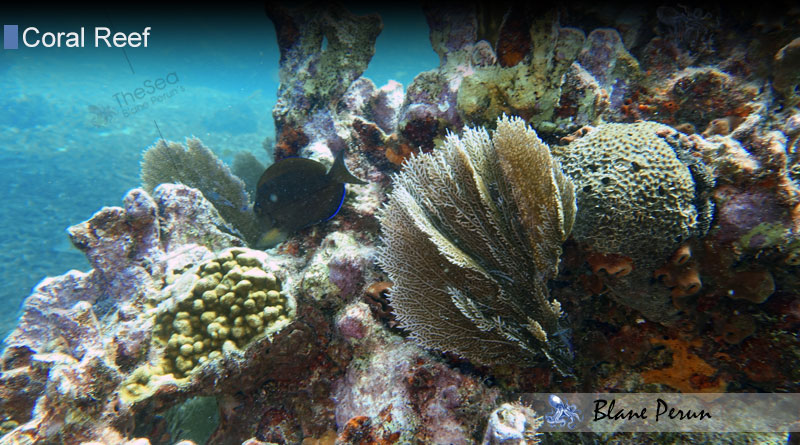 These are the simplest and most common kind of reef. They develop near the shore throughout the tropics. Some hard substrate is necessary for the polyp to establish, but after that the corals can make their own hard bottom. Note in Figure 5 the different aspects, including the inner reef flat and outer reef slope.

Barrier reefs are similar to fringe reefs, but they lie farther from shore and contain a relatively deep lagoon. Some reefs are as far as 100 km from shore, and 2,000 km in length.

Atolls are rings of reef, with steep outer slopes, that surround a central lagoon . They are found far from land, and mainly in the west Pacific. How they are formed was a major puzzle. Charles Darwin, famous for the theory of evolution, solved this puzzle by postulating that atolls formed around subsiding islands. If the upward growth of the coral keeps pace with the downward subsidence of the original volcanic island, an atoll is formed.

Patch reefs are small reefs that usually occur within lagoons behind barrier reefs or within an atoll.