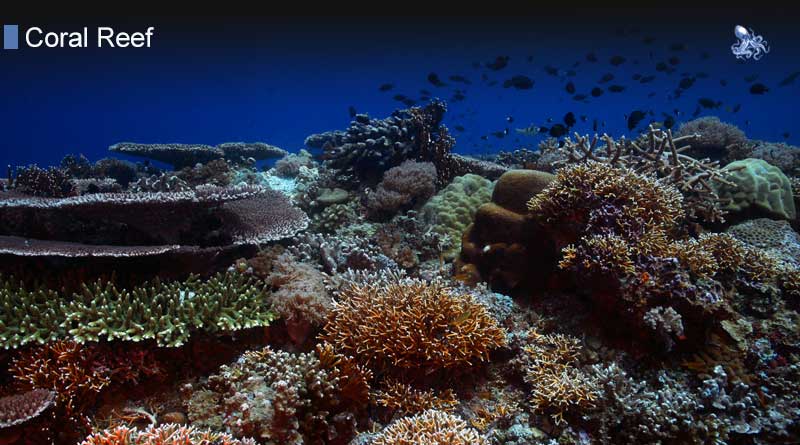 One of the most spectacular sights of the sea is coral reef. It has formed a tourist base for many communities. However not everyone understands the nature of these structures. They are derived from carbon secretions as well as the activity of tiny living animals that are within the marine environment. There are few nutrients and therefore the living creatures have to be very efficient with food consumption. Polyps live together in colonies and provide the base for the development of the reef.

There are many misconceptions about coral reef but they are significant contributors to the ecosystem. Although they occupy less than 10% of the oceanic surface, they account for a residence to 25% of all marine species. The creatures that live in this environment include worms, fish, mollusks, crustaceans, sponges, echinoderms, cnidarians and tunicates. They are most abundant in the shallow depths of tropical waters and  are a crucial element in shoreline protection.

Although they have such significant bio diversity, it is true that the coral reef eco system is very vulnerable. Global warming is changing the natural temperatures through which they thrive. They also face the threat of acidification and cyanide fishing. Blast fishing has been identified as a potential calamity. Some communities are engaged in the over exploitation of this resource and the expansion of urban life is not going to help either. Excessive algae growth from waste in populated areas is causing death on the reef as well.

The triple listing of coral reef includes fringing reef, this is attached to the shore and it borders a lagoon or shallow channel. Barrier reef is separated from the mainland and attaches to an island shore deep within a lagoon. Lastly the Atoll reef a circular pattern that extends around a lagoon, there is no central island in this formation. The Maldives have their own special formations that have become the focus of commercial tourism. Variants include patch reef, apron reed and bank reef. In general coral reefs tends to blend in with the environment in which it is found.

It is accurate to describe the coral reef as a valuable natural resource, they do not have the controversy that surrounds oil but nonetheless they contribute billions of dollars to the world economy. Due to a lack of attention there are some environmental factors that endanger this resource. The best way to come up with a solution is to ensure that the natural habitat for the coral reef is not harmed through human activity.