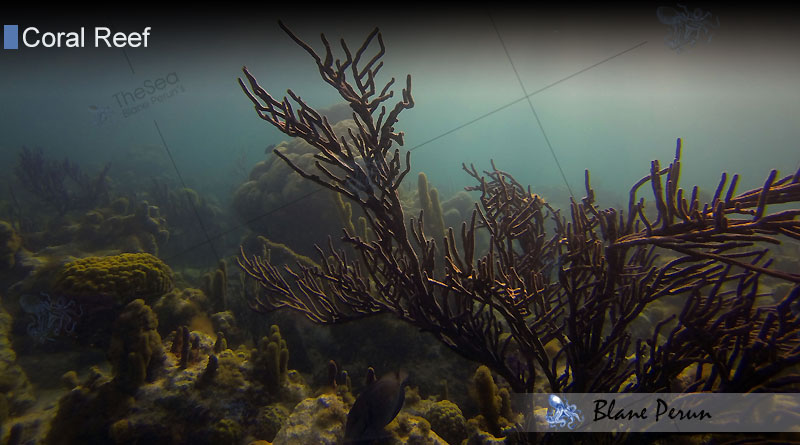 Scientists from the Stanford University as well as the University of California at Santa Cruz have recently discovered off the coast of Hawaii what might be the oldest coral reef on Earth. The colony is formed of a species of black coral and it is estimated that the oldest of these creatures are more than 4,000 years old.

Using radiocarbon dating the scientists have concluded that the oldest of these corals are 4,265 years old making them the oldest marine organisms known to man. These corals belong to the Leiopathes family also known as black corals. It is also estimated that these corals grow at a rate of 4 to 35 micrometers per year. For comparison, a dust speck has roughly 50 micrometers, while the human hair has about 80 micrometers in diameter. It is estimated that it takes hundreds of years for this coral species to show significant radial growth. These are deep sea corals that live on underwater mountains and can be found at depths from 1,000 to 10,000 feet.

The scientists have estimated that these corals are more than 4,000 years old by measuring the Carbon 14 radioisotope. When a plant photosynthesizes, it also incorporates Carbon 14, which is in the same proportion of that found in the atmosphere. Animals such as coral polyps then consume plants and they incorporate Carbon 14 as well. The carbon radioisotope then starts to decay at a fixed rate which is called half-life. Scientists then measure how much Carbon 14 is left, estimate how much it has decayed and then compare the initial value to that of a period of time when the proportion of Carbon 14 corresponds to what was expected to be in the atmosphere. This is how they concluded that the oldest specimens of Leiopathes have more than 4 millennia.

While it is astonishing to know that these corals are the oldest living marine organisms on Earth, they face great dangers. Black corals are collected and then turned into jewelry which endangers the colony. Then modern fishing techniques can damage these coral reefs as well and recovery is problematic due to the slow growth rate of black corals. Ocean acidification also causes coral bleaching where polyps escape the colony leaving the bare exoskeletons. Methods of preserving black corals are being sought to help protect these old marine organisms that represent an international treasure and heritage.