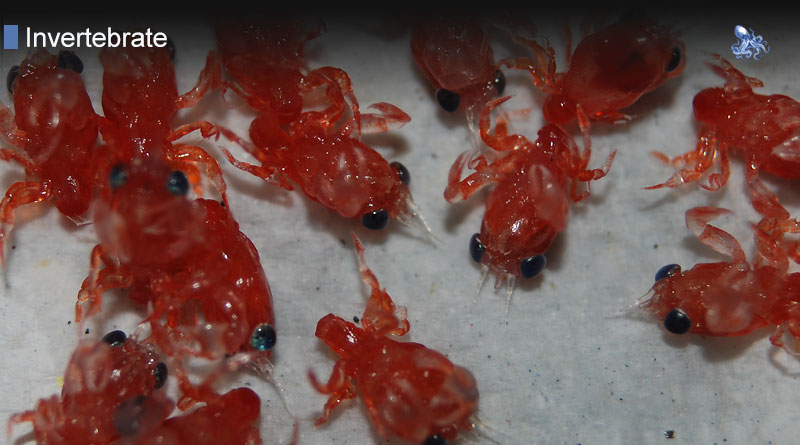 Crabs are crustaceans covered in a hard exoskeleton and having five pairs of legs, the first pair being modified into a pair of claws. There are more than 4,500 different species of crabs known to scientists today, most of them inhabiting shallow areas of salt water, fresh water or brackish water, but some living completely terrestrial lifestyles. Though crabs seem to be a large and diverse group, they all share some features in terms of behavior, one of the most important of them all being their reproduction practices.

When the mating season starts, the females belonging to aquatic species start attracting males by releasing a chemical called pheromone, while terrestrial crabs attract their males with the help of visual signs. Fertilization happens internally, by mating belly to belly right after the female has shed her hard and old exoskeleton and her body is still soft. Females store the sperm released by the male inside their body for a relatively long time and they use the sperm to fertilize their eggs when they find the time right. Gestation usually lasts between 1-2 weeks and the number of the eggs produced by one female often reaches 2,000. After fertilization, the eggs are released and stored by the female on their abdomen, safely wrapped around with a sticky substance. The eggs continue their development there until they hatch into larvae and are released by the female.

When the eggs hatch into larvae, also called pre-larvae or pre-zoea, the young hardly resemble adult crabs – due to this feature, many crab larvae were mistakenly described by scientists as new species and were correctly identified only later, when they reached adulthood. These young crustaceans go through several life stages until they become adults and shaped as we know them. After hatching, they are the size of the head of a pin, then they pass through a number of zoea stages, then post-larva stages, after which they finally metamorphose into a form that is still immature, but already resembles adult crabs. Young crabs still have a long way to go from this stage, too – it will take many more moultings to become grown-up crabs.

Some species never stop changing and continue to grow and moult all their life, while others reach their grown-up size by the time their gonads – the reproductive glands – are fully developed, and they never moult after that.

The islands of Turks and Caicos are found in the Atlantic Ocean’s Lucayan Archipelago in the West Indies. A British

In late July of 2013 my wife and I visited Cayman Islands staying in a private home in Grand Cayman.

Considered the third largest glacier in Iceland, the Hofsjökull Glacier measures more than 1760 meters at its summit, and it