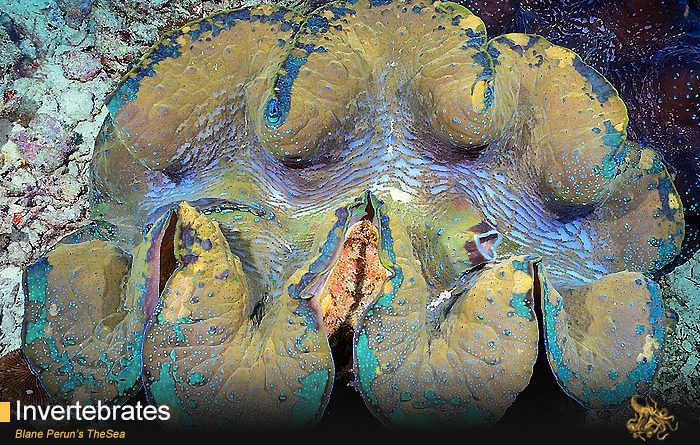 The boring clam, crocea clam, crocus clam, or better known to scientists and marine biologists as the Tridacna crocea, is a small creature with thick valves that usually features dim, gray and white colors, sometimes also containing a hint of yellow, orange or red. This species is a bivalve that belongs to the Tridacninae subfamily associated with the family Cardiidae. This family has a limited number of genera, and the boring clam is in fact distinguishable as the smallest species in its entire subfamily. The clam is native to the Indo-Pacific, and has a wide range, but is also quite picky about the habitats it elects for itself.

While the genus that the boring clam belongs to contains mainly larger clams, the crocus clam itself has a shell size of only about 15 cm – that being considered the maximum size it can grow to. Its thick valves are joined together by a shorter but tough hinge. The shell is typically elongated, and the clam appears inflated, its upper valve in particular consisting of 6-10 folds that interlock to give the clam more consistency and ensure that it can lock more tightly.

Crocea clam populations are similar in their behavior to most Tridacna species. The animal normally fastens itself securely to the seabed. This is obtained through the use of slits present on the lower valve, which ensure byssal threads can emerge to secure the clam to the bottom. The boring clam also has the habit of burrowing itself into the substrate. This action is the main reason why the exterior valves are smooth and shiny, as the substrate tends to polish them. The clam may also appear to be uneven when burrowing into harsh or uneven substrate and running into harder areas that are more difficult to dig through.

Commonly found in the Indo-Pacific, the boring clam prefers habitats that are rich in massive corals. This is why its preferred living space is usually located in tropical regions where the temperature is not only predominantly high all year round, but also stable. The clam’s range extends from Malaysia and Vietnam westward, to Palau, the Philippines, Vanuatu and the Solomon Islands.