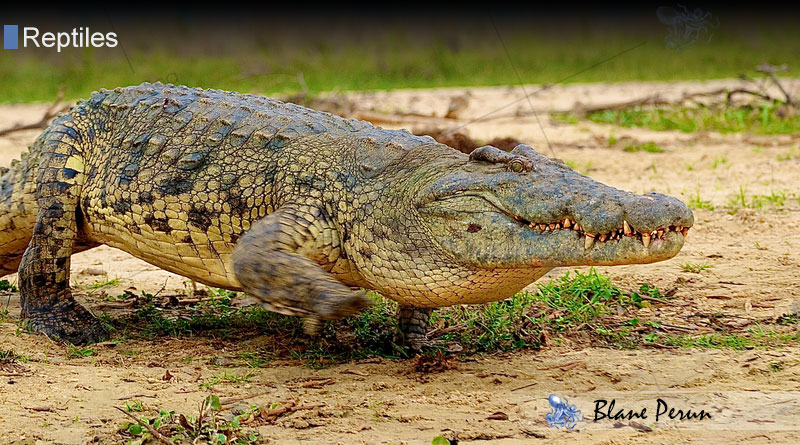 Crocodiles are known for their exceptional speeds, and textbooks will tell you that they can commonly reach impressive speeds of up to 30 km/h in the case of the American crocodile. However, the unique way in which the crocodile uses its ability to move around on land makes it far less dangerous when outrunning it in an open area. Instead, crocodiles are much more dangerous during surprise attacks on a short distance, often moving so fast that they will not even allow their prey to see them coming.

Depending on the specific conditions and circumstances that crocodiles find themselves in, as well as on the species involved, the actual speeds that these reptiles can reach on land can vary greatly. Some of the fastest speeds ever recorded on land include 29 km/h for saltwater crocodiles, 35 km/h for a Nile crocodile and more than 30 km/h for the infamous American crocodile. These speeds, however, are usually reached only on very short distances, and most crocodiles are forced to reduce their speeds after about 20 meters of running. The typical highest speeds most crocodiles can achieve over short distances are at an average of 14-15 km/h.

Crocodiles rarely employ faster speeds, and when they do, they use some of their unique locomotion skills to make those speeds possible. There are three distinct ways crocodiles move on land: a slow “belly crawl,” which is the type of movement we can normally see them performing, the “high walk,” a unique type of walk that allows them to navigate through obstacles similarly to the way mammals do, and an unusual “galloping” style that most crocodiles use when attempting to flee an impending threat. Galloping crocodiles are reasonably the fastest when considered over slightly longer distances, Australian freshwater crocodiles being clocked at about 17 km/h over a distance of up to 30 meters. However, over distances shorter than 4-5 meters, they can accelerate abruptly to speeds of more than 10 meters per second, or 36 km/h.

When in close proximity to a crocodile, and with the crocodile aiming to attack, a human stands very little chance of evading its captor. Strong muscles and a remarkable sprinting ability allows crocodiles to ambush their prey easily, and a human’s reaction time simply isn’t fast enough in most cases. However, when evading a crocodile on land, in an open space and with more than 4-5 meters separating the two, the human has the advantage. Crocodiles start to slow down after about 20-30 meters, and even the fastest gallop will not be enough for it to reach its human prey, which renders concepts such as the “running in a zigzag fashion to escape the crocodile” myth to be quite erroneous.