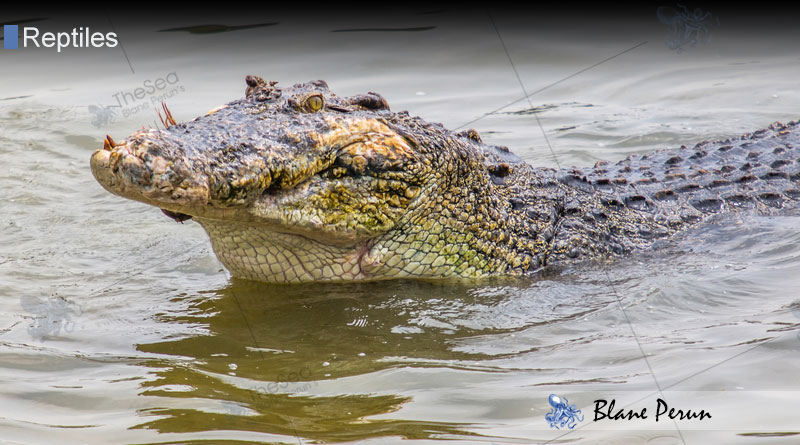 Throughout the past 65 million years, most animals have evolved to a point where they look and behave far differently from many of their ancestors. The crocodile, on the other hand, is one reptile that has changed very little in that period. When it comes to them, one has to look deeper into the past to find common ancestors with other species, and archaeological finds from the Triassic and Jurassic periods have uncovered those secrets. Recently scientists have even managed to reconstruct the genome of the Archosaurus, the common ancestor of birds and crocodiles.

The Archosaurs closely resembled the appearance of crocodiles, with the exception that their nostrils were found on the top of their heads, and not on their snouts. These phythosaurs used to feed mainly on fish and other marine life in freshwater areas throughout the world. After the Archosaurs, the first actual crocodiles featuring similar traits like today’s species, including short legs, strong armored bodies and marine lifestyles, have appeared in the Mesozoic Era, around 230 million years ago. An offshoot of the Archosaurs, crocodiles evolved side-by-side with the dinosaurs, standing out primarily due to their unique jaws and splayed limbs.

The scientific community of today is aware of the fact that birds have evolved from common ancestors alongside crocodilians, which include all species of crocodiles, alligators and gharials. They both evolved as part of a larger group of ruling lizards known as Archosauria, which also includes all dinosaurs and pterosaurs. After splitting into two distinct groups, the birds and crocodilians formed two distinct evolutionary pathways which included the bird-line archosaurs, which were the ancestors of all dinosaurs, and the crocodile-line archosaurs, which include the crocodilians along with their closest ancestor, the crocodylomorphs.

Recent findings suggests that, even though crocodiles do look similar to other reptiles today, they are actually much closer on the evolutionary path to birds and dinosaurs. However, once the two groups have split, the widely diverse crocodylomorph species became some of the most widespread reptiles in the world, eventually leading to the evolution of crocodiles. The crocodylomorphs are known as the first ancestors whose direct descendants are the crocodilian species, and they are also the only pseudosuchians that have managed to survive the Triassic–Jurassic extinction event, which has led to dinosaurs becoming the dominant species on the planet. Fossil evidence has shown that the first crocodilians have appeared in this period of diverse evolution for crocodylomorphs, alongside Mesozoic crocodylomorphs that have evolved into herbivores, fish-eaters and terrestrial carnivores.