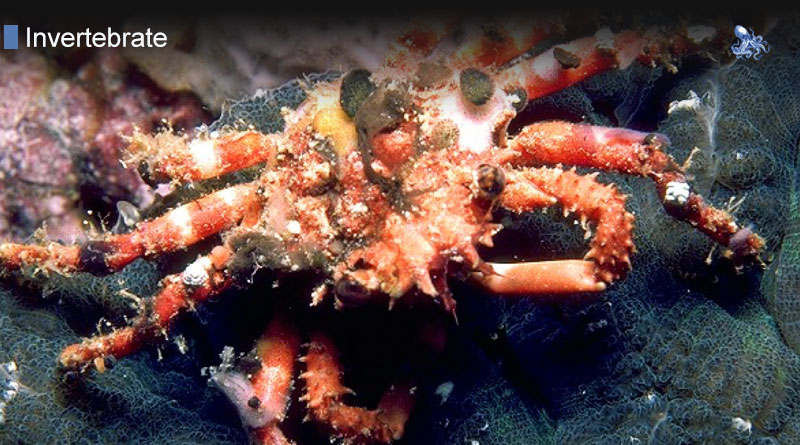 The decorator crab is one of the more unique varieties of crab you will find in the ocean. Researchers refer to many of the species belonging to the superfamily Majoidea as decorator crabs, although not all the species fit the description. These crabs use a wide variety of materials to form their homes and a camouflage usually aimed at warding off dangerous predators. Observed and described for the first time by William Bateson and Edward Bagnall Poulton in the late 19th century, the crabs are closely studied even today due to their unique and deliberate camouflaging habits.

Decorator crabs use just about any type of material from their respective environments in order to form their camouflage. Skilled builders, they commonly resort to seaweed and other materials that are found in abundance on the seabed. However, if moved to other habitats, they can make use of local materials that include shell pieces or even the organic remains of other animals. The Hyas Araneus species is among the most skilled, having been found to use even broken off bits of crinoid arms as part of their decoration and camouflage.

The crabs’ use of foreign materials is not solely for the purpose of decorating their appearance, but also for defensive purposes. There are numerous studied documenting the use of anything from stinging sea anemone to toxic materials and substances for the purpose of fending off unwelcome predators. Some species of decorator crab are also known to fashion their defensive armor from a single type of organism. For example, the species known as Pelia tumida only uses sea sponges, while Macropodia rostrata is a type of crab that prefers toxic algae. In some cases, the relationship between the crab and its chosen marine creature is symbiotic, with the crab benefiting from the added camouflage and defense, while its “shield” may benefit from additional food.

These animals are surprisingly adaptive and widespread. Species of decorator crabs can be found all around the world, from Australia to the Coast of Japan and from the Philippines to Europe, the Mediterranean, the North Sea and the North Atlantic. While some crabs prefer to adorn their bodies with masks and other creatures to scare away or discourage predators from attacking, others simply use their camouflage to act as a chameleon-type defense, mimicking background colors. Croakers and Cabezon are the main predators of decorators, but other fishes are also known to feast on these crabs. Finally, even though the camouflage stays the same, the decorator crab tends to outgrow it, which is why many species of crabs have to shed their old camouflages as they grow and form a new one later on.