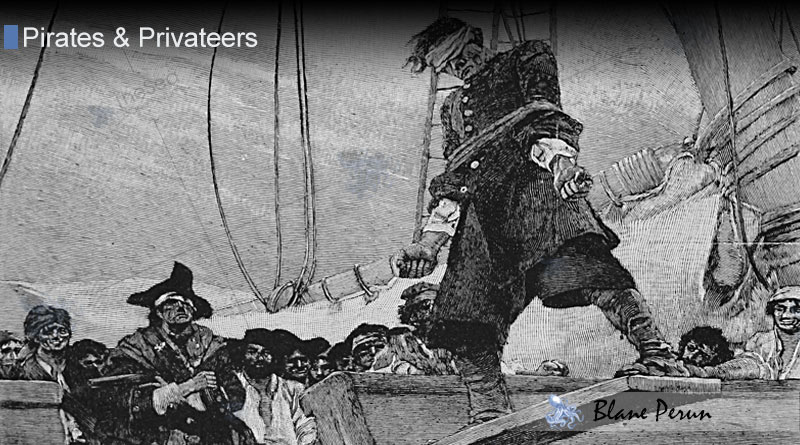 So here’s the deal: what most Hollywood directors in charge of popular pirate movies don’t tell you is that they didn’t really make people walk the plank back in the days of Blackbeard, Avery or Black Sam – famous pirates that have actually sailed the seven seas. While, on rare occasion, this form of execution was practiced in some forms, it wasn’t until the early 1700s that the phrase was actually used for the first time.

It turns out that pirates considered the idea of making people walk the plank entirely inconvenient, and most never even thought of employing it as a method of executing mutineers or enemies. In most cases, when they wanted to throw someone overboard, they simply did so without much fanfare, and if they also wanted to humiliate their victims or torture them, they had other means as well. Flogging and marooning were some of the main punishments given by pirates to mutineers, while harsher methods, such as “kneehauling,” were also employed in extreme cases, when they really wanted to set an example. In most cases, however, prisoners were kept alive, sold as slaves or held for ransom – a good example of the latter is the case when Julius Caesar himself fell in the hands of pirates during his reign.

So they didn’t really make people walk the plank, just like the pirates in popular stories and movies aren’t actually real, in most cases, or at least not as they’re depicted. But where did the myth arise, and what was its basis? The phrase first appeared in A General History of the Robberies and Murders of the Most Notorious Pyrates, published by Captain Charles Johnson in 1724. The book claims that the practice had its roots during ancient times and has since evolved to the form commonly known today. Most primary accounts of people walking the plank are considered to be unreliable, and since the phrase has taken off as a popular concept used by later authors of fiction such as Howard Pyle and Robert Louis Stevenson, many historians consider it likely that pirates later started picking up the practice as a result of its gained popularity, not as the source of it.

A possible root of the practice may have been found during the times of Ancient Rome, when pirates would make their prisoners walk a ladder suspended off the side of the ship. Mentioned by Johnson in his extensive publication, this practice was confirmed by some experts as having been factual, stating that Mediterranean swashbucklers would tell Roman prisoners to consider themselves as “honored guests,” inviting them to walk the ladder and “go free” – as long as they were willing to swim a few hundred miles.

There were some historical accounts of people actually walking the plank, despite their rarity or limited believability. Mutineer George Wood confirmed in 1769 that he and his fellow mutineers had made officers walk the plank, while the pirates who have captured the Vhan Fredericka in 1829 between the Virgin Islands are said to have executed most of the ship’s crew by making them walk the plank with cannonballs tied to their feet. 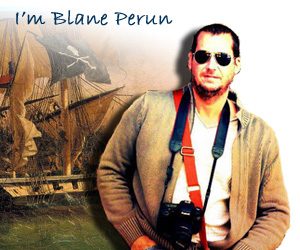 March 1, 2016 Comments Off on They Didn’t Really Make People Walk the Plank

So here’s the deal: what most Hollywood directors in charge of popular pirate movies don’t tell you is that they

March 1, 2016 Comments Off on Skull and Crossbones Flag

Grog Was a Pirates Drink

March 1, 2016 Comments Off on Grog Was a Pirates Drink

March 1, 2016 Comments Off on Golden Age of Piracy

March 1, 2016 Comments Off on Davy Jones Locker Is a Real Nautical Term