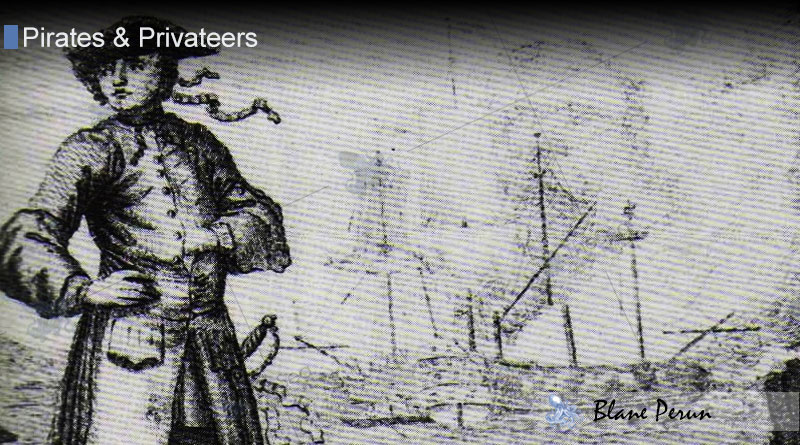 Edward England was born with the name Edward Seeger in Ireland. He is famous for three years of piracy off the coast of Africa and in the Indian Ocean between the years of 1717 and 1720. During this time, he popularized the Jolly Roger flag featuring a white skull and crossed bones on a black background. Most likely an educated man, England turned pirate after being captured by Christopher Winter, who forced him to join the pirate crew. Shortly thereafter, he became the quartermaster for Charles Vane’s pirate fleet and was one of the pirates who refused to travel with Vane when he accepted a King’s pardon.

After having been granted the command of a captured vessel by Vane, England set up his new base of operations off the coast of Africa. On the way, he encountered, intercepted and gained control of a number of new ships. England and his crew began seizing ships all across the West African coast, eventually amassing a fleet of ten ships. They even spent a great deal of time in an African town, but burned it and left after a disagreement over the pirate’s treatment of the local women.

In the year 1720, England and his fleet made it to the Indian Ocean, where they captured a large Dutch military ship that England named the Fancy and made his flagship. One of the principal battles of England’s career came with an East Indiaman called the Cassandra, with which a long and drawn-out sea battle ensued. After England won the battle, he spared the captain of the Cassandra and stole his ship. His shipmates resented the fact that he kept the enemy alive, and this would prove to be England’s undoing.

When England’s crew had heard that the spared captain of the Cassandra was assembling a fleet to seek and destroy the pirates, they were outraged at England’s decision to spare the man. England’s quartermaster led a mutiny that ousted England and saw him marooned on the island of Mauritius. Although he managed to escape on a small hand-built raft, his days as a pirate captain were over and he soon succumbed to tropical illness while living in St. Augustines Bay, Madagascar. Edward England amassed a fortune of $8.8 million dollars in current money and is well known as one of the most human pirate captains of his era.