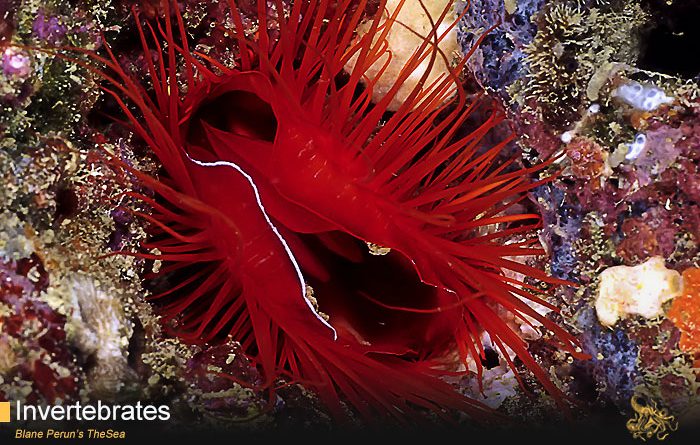 The marine bivalve mollusk known as the electric flame scallop has earned its name due to its brilliant and entrancing light show that it produces on its mantle lip. Scientifically known as Ctenoides ales, it is a relatively small clam. Its additional nicknames include “electric clam,” “disco clam” and “disco scallop. Aside from being the only member of the class Bivalvia to display these types of light shows, together with the common flame scallop, the species is also known for its beautiful, bright red and orange colors and its elongated, flame-like, white tentacles.

The electric clam’s most unique and fascinating feature is its light display, which is actually not an example of bioluminescence. Instead, light that looks similar to the flashes of an electric light show appear as a result of a type of highly reflective tissue made up of silica nano-spheres which are highly reflective. The spheres create an uneven mirror which reflects and focuses the light from the clam’s surroundings to generate the unique and beautiful light show that this species is known for producing.

The electric flame scallop does not require sunlight as much as other clams and mollusks, and so divers will usually find it difficult to spot these species, since they have a knack for hiding in crevices and difficult to reach places. The clams have their own nests which they prefer to populate on most occasions, and they normally spend a great deal of time looking for phytoplankton and other small organisms to feed on. The electric clam is widespread in most tropical regions, but it is particularly found in the Indian Ocean, around the coastlines of Indonesia, Malaysia, as well as in the eastern Pacific, the Philippines and the Palau Islands.

One of the things that sets the electric flame scallop apart from other clams is its unquenchable appetite. Unlike other species of clams, it lacks the photosynthetic zooxanthellae that would otherwise provide it with additional energy from sunlight. Instead, it relies entirely on feeding on plankton and other tiny microfauna and food particles that it can catch through water currents. As a result, the electric flame scallop tends to consume a larger quantity of these organisms than many of its counterparts, usually staying close to the coral reef ecosystem for this purpose.