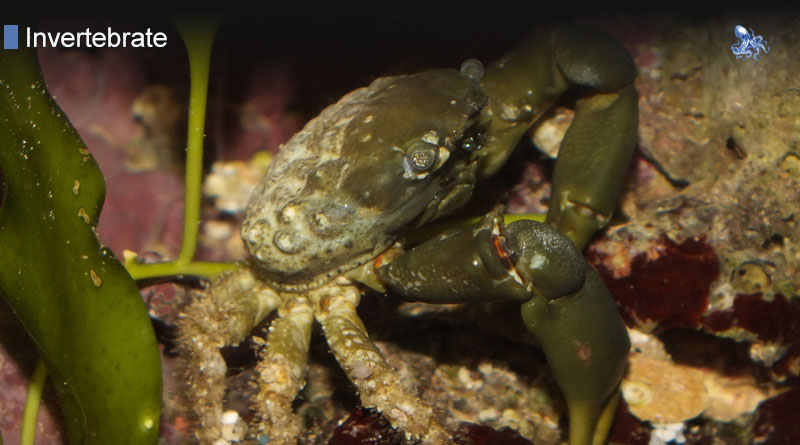 One of the most easily distinguishable traits of the emerald crab is its brightly colored emerald green body. This saltwater invertebrate, also known in scientific circles as Mithrax Sculptus, is a utilitarian marine creature that feeds on various types of algae, including bubble algae. It keeps its habitat clean, being one of the more crucial species for keeping the reef ecosystem in balance. Despite the fact that it only grows to a size of about 2 inches, it also has a diverse eating pattern, feeding not only on algae, but also on organic remains that it scavenges on the seabed.

The crab is a nocturnal creature, doing most of its scavenging and feeding at night and also being among the most adaptable creatures on the reef. It can easily survive in temperatures ranging between 74 and 84 degrees. What you will notice from the first glance about the Mithrax Sculptus is its flat, shiny carapace of a bright green color. The shell is longer than wide, and the crab also features pale walking legs usually adorned with encrustations. The green chelae are shaped like spoons, and feature thick white tips.

One of the main behavioral traits that the emerald crab is known for is its remarkable endurance. This creature can not only resist in the face of fluctuating temperature conditions, but can also withstand strong ocean currents and use the sun anemone as shelter when threatened by predators. Fast, resourceful and able to scavenge for food in the most unlikely of places, the crab is a real survivor and has also been observed to resort to opportunistic feeding and acting as a predator for various types of snails and other small creatures.

Most often, you will find emerald crabs staying close to branches of corals and using their large claws to feed on the polyps there. Back reef environments are the crab’s natural habitats, and some will also be found near turtle grass, where they feed on the small organisms that encrust the leaf blades. These creatures are native to the Gulf of Mexico and the Caribbean; however, some species were also found as far away south as Brazil. Its adaptive abilities make the emerald crab a versatile creature capable of thriving in many different habitats, and sometimes even located at depths of over 50 meters.