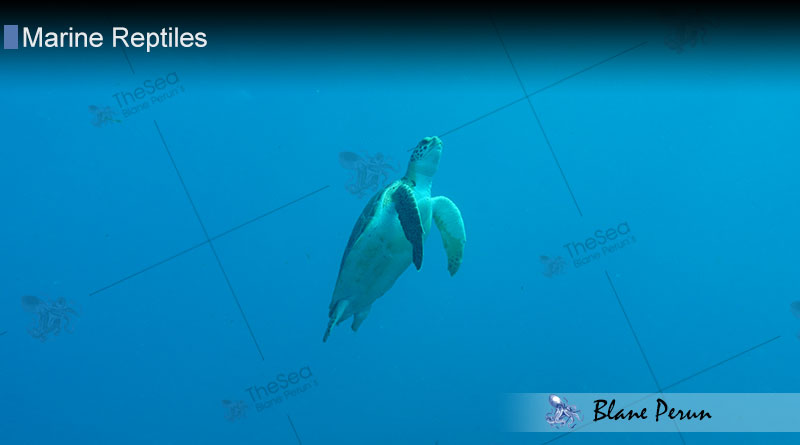 Some interesting facts about sea turtles include the fact that although these turtles reside primarily in the sea, they are air breathing reptiles that must submerge regularly to survive in the vast ocean. They have lungs, just like humans. Although size is varied depending upon the species, marine turtles range in size from the smallest (Olive Ridley) at 100 lbs to the largest (Leatherback) which can reach 700- 2000 lbs! The innate ability to swim in yet another one of the facts about sea turtles, meaning they are born with the ability to swim. Once hatched they spend their first years in the ocean away from the more plentiful dangers on shore.

Some more interesting facts about sea turtles include that most will swim in excess of 1200 miles a day , many traveling great distances for migration. Marine turtles, although air-breathing reptiles hae the ability to stay underwater for up to 5 hours! The combination of their ability to swim great distance and to remain underwater enable them to live within the sea – with males rarely returning to land within their life and females only returning to nest. Maybe one of the most interesting facts about sea turtles involves lifespan- with some living over 100 years!

How this species got its name is one of the interesting facts about green sea turtles, because it is not named for the color of its carapace- but for for the green color of its skin. Green turtles can grow to reach 700 lbs at maturity, making this one of the larger species of marine turtles. Males are generally larger than the females. While most sea turtles do not return to land other than females to nest, the green turtle will return to shore to warm itself in the sun. Green turtles are herbivores- surviving on sea vegetation. This species prefers the tropic and subtropical coastal waters. One of the sadder facts about green sea turtles is that they are hunted for their meat which is used in soup.

One of the most important facts about leatherback sea turtles is that they are the largest of all marine turtle species- and can exceed 2,000 lbs! These giants are the only remaining relatives of a species going back 100 million years! Leatherbacks are carnivores, with their diet consisting of mostly jellyfish, but also sea urchins, fish, and squid. Their carapace ,unlike other marine turtles is not hard, but instead covered with a rubbery- or leather-like skin. This species is the most migratory of all species of marine turtles and can be found in a wide territorial range in the tropical temperate waters of the Atlantic,Pacific and Indian oceans and North to as far as Newfoundland and the British Isles, and south to Australia and Argentina! In addition to the facts about leatherback sea turtles already mentioned they also are the deepest diving of marine turtles and can stay underwater for over an hour at a time.

Being the largest of the hard-shelled marine turtles is just one of the facts about loggerhead sea turtles, with males reaching around 3 feet in length and weighing over 250 lbs on average. Loggerheads weighing over 1,000lbs have also been documented. They are also the most abundant in numbers within the United States when compared to other species. These turtles are Carnivores primarly and eat jellyfish, conchs, crabs and various fish- but they will eat seaweed and sargassum on occasion.Interesting facts about loggerhead sea turtles include that they live within an enormous range, and will live in all but the earth’s most frigid waters.