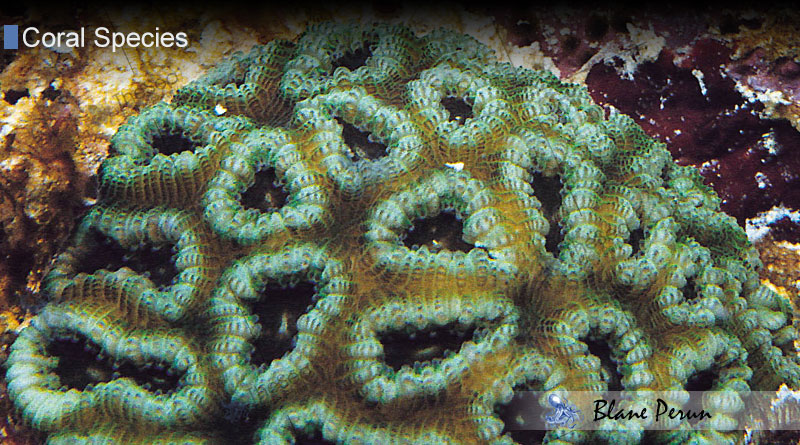 The favia fragum coral is usually yellow or brown or various shades in between. Generally, these corals do not stand out unless they are nestled against something of a brighter color like sea grass or algae. It is not uncommon for the coral to be confused with Dichocoenia coral, which is also small. However, the deciding difference between fragum and dichocoenia is that the latter has corallites that do not protrude as much as the others.

The coral is a stony coral from the class scleractinia anthozoa. It is called golf ball coral by its common name. It is usually found at depths up to 30 meters in subtropical climates in the Atlantic Ocean.

Caring for the coral is much like caring for any other type of favia. You need to pay attention to the amount of light they receive and ensure they are gradually introduced into the aquarium so that they may acclimate easily and without problems. Any sudden changes in the favia fragums care could result in problems with the coral and its growth and development.

That is why it is so important to know how to care for favia fragum and all other types of corals in this class. In general, with care and patience you will find the favia fragum will grow and develop beautifully in your aquarium. Remember, what is most important is that you provide the right amount of light and focus on the nutrients the coral is receiving.

Similarly, you will always want to make sure that this particular coral does not get overlooked in the aquarium because while it may not be as difficult to care for as some other corals it still requires time and effort. However, you will want to do some research before you begin with fragum to ensure that you are properly caring for your coral. It makes sense to do all the research you can first to make sure your coral will grow successfully.