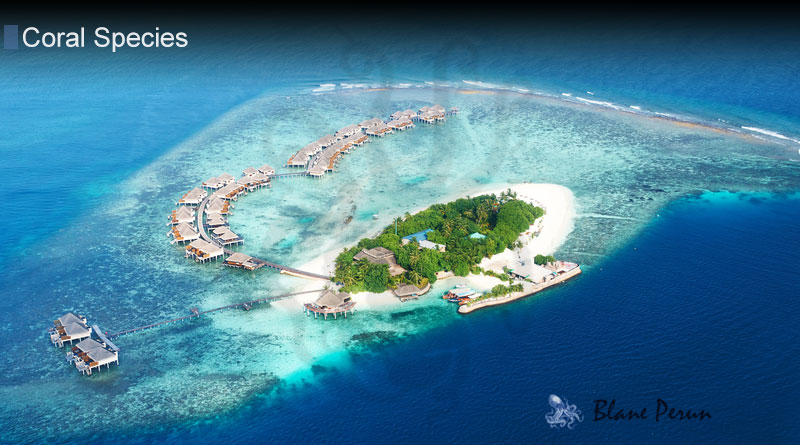 How Do Coral Atolls Form and What Do We Need to Know About the Process?

The formation of coral atolls is somewhat different from that of most types of coral reefs. The process begins with fringing reefs forming around a recently built up volcanic island. As the corals multiply, the ring-shaped reef structure of the future atoll begins to take shape. The island and the ocean floor subside over hundreds of thousands of years, and the reef formations off its coastline actually form into a barrier reef that surrounds the entire island. The lagoon separating the two is teeming with life protected by the growing reef structure, and in time, it completely engulfs the island, which gradually sinks beneath the surface in its entirety.

How Long Does It Take for Coral Atolls to Form?

With regards to the time required for coral atolls to form, estimates can go anywhere from a few hundred thousand years to upwards of 30,000,000 years. As experts point out, it can take just about 10,000 years for fringing reefs to form around a volcanic island. As the island slowly subsides, corals continue to grow over the next 100,000 to 200,000 years, and a lagoon is formed around the island. After tens of millions of years, the island can be engulfed by the sea completely, and all that remains is the ring-shaped atoll, which continues to grow.

The Evolutionary Puzzle of Coral Atolls

Before Charles Darwin published his theory in the mid-1800s, scientists believed coral atolls to be just a thin layer of coral surrounding various islands. It was Darwin who came up with the idea that the volcanic islands coral atolls are built around actually sink back into the water over hundreds and thousands of years and that atoll formations can actually be thousands of feet deep. However, recent studies show that even Darwin didn’t get everything right, as the new model, based on recent mapping and computer-generated data, has shown shifts in coral activity resulting from seesawing sea levels that commonly occur during glacial cycles. These cycles actually account for the unique evolution and growth of certain coral reef patterns around islands located in specific parts of the world, where sea level changes can influence atoll growth more or less over time. Regarding the question “how do coral atolls form their remarkable diversity,” however, even this new model can’t fully account for every variable.