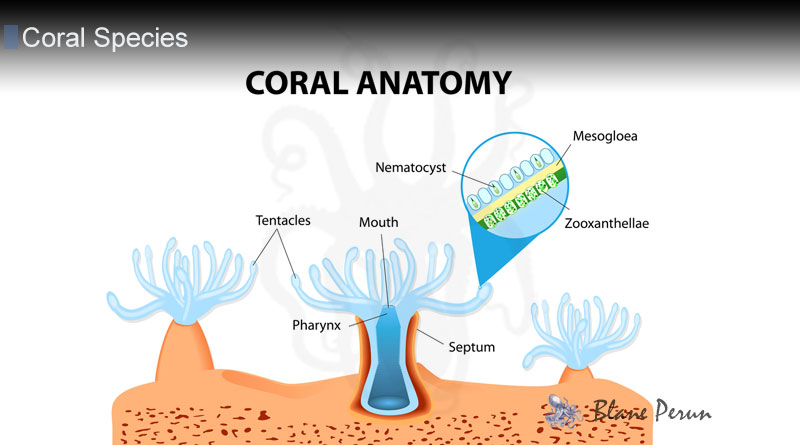 How Do Coral Polyps Eat and What Do They Feed on?

While coral populations are extremely complex, and the food exchange between polyps and zooxanthellae alone is enough to fill volumes, it’s important to ask the question, how do coral polyps eat, and what types of animals and food particles do they feed on? Because of their small size, it’s common sense that coral polyps don’t eat a lot, and the things they usually feed on are quite small. But the specifics of their feeding habits can be quite fascinating, and as scientists like to point out, there’s far more to the story than most of us care to assume.

Coral polyps are known to come out at night to feed. Their feeding process allows them to eat virtually any tiny organisms or food particles that happen to drift by taken by the water current. Leaving their skeletons, they unfold their tentacles to capture unsuspecting prey by stinging and immobilizing it – in most cases, zooplankton. While most of the carbon energy derived by coral polyps is obtained from their symbiosis with zooxanthellae algae, the need for organic feeding arises from the fact that the zooxanthellae are not capable to provide corals with enough phosphorus and organic nitrogen to keep their tissues properly nourished. As a result, feeding and digestion takes over, ensuring that the polyp has everything it needs to remain healthy.

Zooplankton are the main types of plankton that coral polyps ingest. The group includes a variety of small protozoan life forms, as well as small copepods, amphipods and ciliates, ensuring quite a diverse diet. Because of their size, zooplankton make up the larger portion of coral polyps’ organic diet. Phytoplankton are also an important part of the feeding process, and they mainly consist of small, microscopic unicellular algae and cyanobacteria. Phytoplankton play the key role of starting most marine food chains through the process of transforming the energy from sunlight into life-giving oxygen and the various sugars required for growth and energy.

Coral polyps often require larger quantities of nitrogen, carbohydrates, phosphorus and other vital materials than they can obtain even from plankton. As a result, they tend to feed on dissolved organic matter which can consist of waste and remnant molecules and cells resulting from larger organisms. Corals also take up a significant amount of inorganic matter, which they use primarily for producing their calcium carbonate skeletons. Calcium, iron, iodine, magnesium, phosphorus and potassium are just a few of the elements they tend to pick up. By studying the efficient way in which the polyps use these elements, scientists have found out a great deal to answer the question “how do coral polyps eat?”