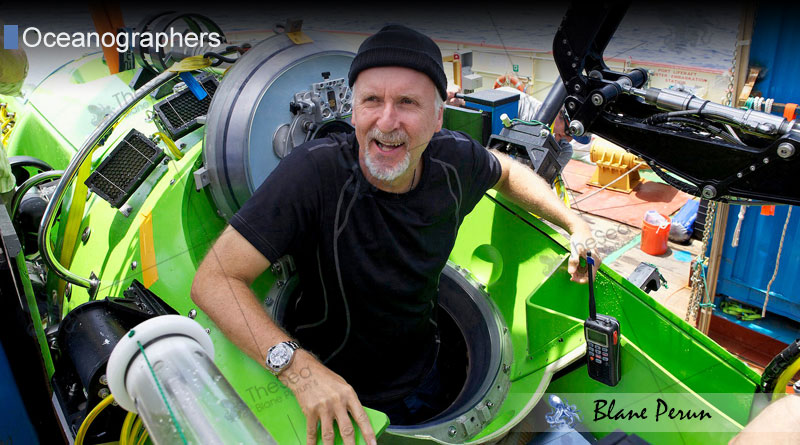 James Cameron is a Canadian film director, mostly known for his movies such as Terminator II, Rambo: First Blood (part II) or Avatar. Besides action films, Cameron is known as the director of Titanic and The Abyss – two movies that bring us closer to the other area Cameron has been so passionately active in: the exploration of marine life and oceanography.

James Cameron has been known as a generous patron of deep sea exploration, but he has contributed to scientific developments in the field of ocean protection in many other ways as well. At the beginning of March 2012 he climbed into the Deepsea Submersible and went on a five-mile solo dive and later on, the same month, he reached the deepest part of the Mariana Trench, where he spent three hours there, being the first ever human to accomplish the dive alone. His dives were recorded and the data that he and his fellow scientists collected contributed many interesting findings. As the result of the analysis of the recordings, a new species of sea cucumber, giant single-celled amoeba and squid worm were found. At the time of the dives, Cameron was an explorer-in-residence for the National Geographic. Though primarily known as the director of feature films, Cameron has also set up Earthship Productions, a film company that makes documentary films about exploring and protecting the oceans. Since he participated in his first dives, Cameron has organized 6 more expeditions, including one to the Bismarck wreck and several trips to the East Pacific Rise and the Sea of Cortez, to mention just a few. He did 72 more submersible dives, too, out of which 33 to Titanic.

Cameron also made good use of his extensive knowledge as an engineer and his passion as an inventor, becoming the co-designer of the submersible he used for his deep sea dives. He has several other inventions, too, such as a digital, 3-D camera system designed especially for filming in deep waters and used widely in deep sea explorations as well as special lighting solutions for the difficult to illuminate environment of the deepest layers of the a revolutionary fiber spooling mini-ROV.
James Cameron has done a lot to promote the protection of the special habitats in the sea both – his name has become well-known not only in the film industry, but also in the scientific world.