James Cook was an 18th century explorer and oceanographer. For those of you who are asking themselves, oceanography is an earth science that focuses exclusively on oceans. It’s basically geography that excludes the land mass. An innovator in his field, Cook was an expert seaman, navigator and scientist.

In 1768, James Cook begins his first journey, sailing from Playmouth Harbor aboard the HMS Endeavor under the command of the Royal British Navy. The main goal of the expedition was to establish the presence of British forces in the Southern Seas, an area that was mainly controlled by the French. The other goal was to found a Royal Scientific Society in the Tahiti archipelago.

James Cook’s greatest achievement was mapping Australia, the Pacific and New Zealand. This entirely changed the perspective on world geography in the West. His passion for charting and survey came form his time as a Royal Navy recruit, serving in North America in 1755. As previously mentioned, he began his journey in 1768, and it ended in 1776 with his death, during a scuffle with some Hawaiian locals in which he was fatally stabbed.
Cook undertook three voyages. The first one started in 1769, with the goal of studying the course of the planet Venus, which was going to pass in front of the Sun. Such a rare event would only be visible in the southern hemisphere. Along him on the journey were two other famed scientists of their time, astronomer Charles Green and botanist Joseph Banks. They arrived on April 1769 in Tahiti and left after Green was able to observe the phenomenon. The Endeavor continued its journey to New Zealand. Afterwards, Cook sailed his vessel along the eastern coast of Australia, being the first European ship to ever do so. Cook named it New South Wales and claimed it for the British Empire. This first journey ended on July 1771. He was not satisfied, however, with the previous expedition, so he set out on his next voyage in 1772. With two ships, he sailed close to the Antarctic coast, but had to turn around due to the coast. He returned home in 1775, but only after they visited New Zealand and Tahiti. His last expedition was to find the North-West passage, but he didn’t find the fabled route that was said to link the Pacific and Atlantic oceans. It ended with him exploring the island of Hawaii, where he met his untimely death.
James Cook remains a highly regarded figure today and is considered one of the great oceanographers that ever lived. His legacy continues to live on. 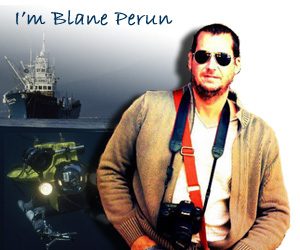