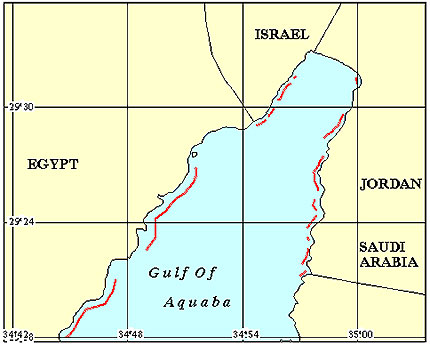 The calm weather, the mild currents and the even temperatures that characterize the Gulf of Aqaba make the Jordan coral reefs a paradise for corals and numerous other marine species. The reef area is about 15 miles long and it hosts more than 100 species of hard corals, another more than 100 species of soft corals and a staggering 1,000 fish species, making up a complex and intricate ecosystem of exquisite beauty.

The reefs are populated not only by corals and fish – sea-dwelling mammals and reptiles also choose the Aqaba area as their home:

These are only a few of the sites on the Jordan coral reefs – there are many others in the area and almost all of them can be explored as shore dives.

The Yemen coral reefs are among the most spectacular of all reefs in the southern region of the Red Sea.