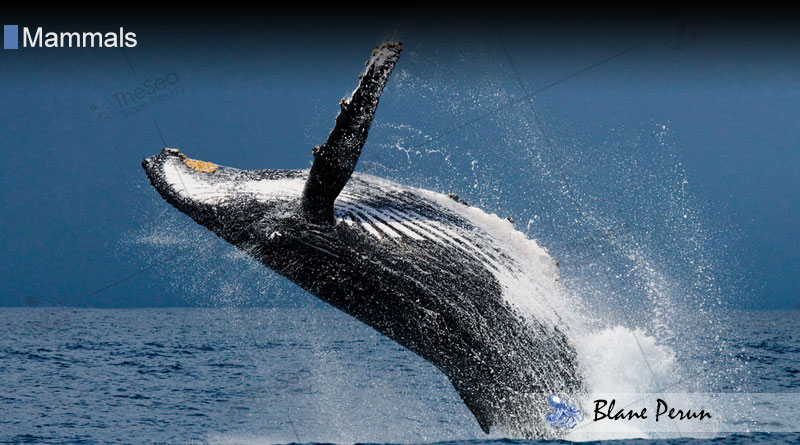 A significant part of why marine mammals have such an impressive ability to use their lung capacity is the unique way in which they utilize oxygen, as well as their greater tidal range. These qualities, enhanced by their anatomy, which has adapted perfectly to life in the ocean, are the key components for explaining how these magnificent animals are able to safely explore even the deepest reaches of the sea.

Most marine mammals are capable of holding their breath for long periods of time. Since feeding, mating and many other activities essential to the species’ survival normally happen below the surface, this skill becomes crucial. Sea lions and cetaceans normally take only one breath per surfacing, while seals and deeper diving cetaceans sometimes spend an extended period of time at the surface. Additionally, larger whales, such as the sperm whale and bottlenose whale are able to routinely travel from the surface down to great depths, sometimes diving as deep as 6,000 feet, and proving that their oxygen stores can withstand enormous pressures and showing a resilience seldom seen in the animal kingdom.

Most people focus immediately on the ability that marine mammals have to hold their breath for longer periods of time. Although this is the goal that they are reaching for, it is also the ultimate result of many intricate, complex processes having to do with the way these creatures use oxygen in the first place. First of all, it’s important to understand that, for each breath of air taken into their lungs, marine mammals – like all breathing creatures – only receive oxygen in proportion of about 1/4. These mammals can reduce the effect of nitrogen and ensure that their oxygen levels are used far more efficiently, also featuring larger oxygen stores that are significantly greater than in the case of humans.

Deep diving whales and seals have reinforced peripheral airways, allowing the lungs to collapse during deeper dives, preventing nitrogen from being absorbed to avoid high blood nitrogen levels. There is, of course, far more to diving deep than just holding your breath. Pressure can have a powerful effect on areas of the body filled with gas, such as the inner ear or the sinuses, just as much as on the lungs. Some types of cetaceans feature an extensive venous plexus, which reduces the air cavity in the inner ear, while sinuses are enhanced through a stronger vasculature that acts in a similar way to help the mammals adapt to greater pressure.

When compared to human lung capacity usage – which is generally limited to about 8-10% while resting and 15-17% when exercising – marine mammals use up a much vaster storage amount, while also actually having larger lung capacities and more resilient lungs, meant to withstand the crushing pressures of the ocean depths. While most phocids tend to exhale before diving (seals and delphinidae generally using less than 25% of their ability to store vital oxygen while diving), creatures like the sea otter are able to maintain 75% oxygen stores. The tidal volume of marine mammals is typically larger than 75%, due mainly to their lungs’ more flexible tissue composition, more cartilage in the ribs and much greater elasticity in the recoil of their lungs, diaphragm and chest cavity, when compared to terrestrial mammals.