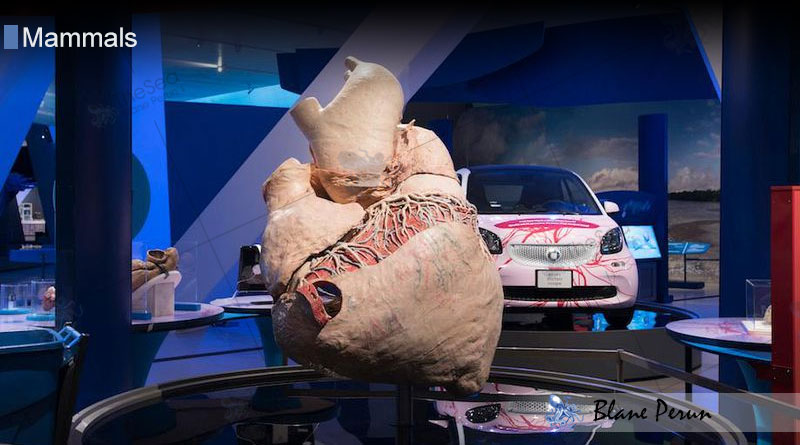 Blue whales are among the most amazing creatures on Earth and certainly the largest of them all. It is said that a blue whale’s heart is as big as a small car and their tongue weighs more than an elephant – yet, they feed on one of the smallest of all marine species, the krill. Tales of the heart’s size and the aorta being large enough for a man to swim through it are abundant, but they may be a bit of an overstatement, actually. After scientists have dissected a 76.5 ft. blue whale, it was discovered that the heart is much rather as big as a small golf cart (which is still highly impressive!), weighing around 180 kg. The aorta is also smaller than it is renowned to be, but still large enough to fit a human head inside it.

Blue whales can be found in most oceans on Earth. They live in the North Atlantic, in the North Pacific as well as in the Indian Ocean. According to estimations made in 2002, the blue whale population reaches 5,000 – 12,000 globally and even though they are still considered to be endangered animals, the population of these marine giants is growing slowly, but steadily, at an estimated pace of 7% a year. Estimations are difficult to make because these huge creatures migrate long distances, spending summers in polar waters and migrating towards the Equator as winter draws closer.

Krill make up most of the staple diet of blue whales. Krill are tiny, plankton-feeding crustaceans only about two inches long, found in abundance in all oceans on Earth. Adult whales consume about 40 million of them a day, expressed in weight units this amount means more than three and a half tons of krill per day. These tiny creatures live in the deep waters, and whales follow them, so they usually hunt at 100 meters in depth, sometimes even deeper (in some waters, the krill live much deeper, at about 500 meters, and the whales descend that deep to find them).

Very little is known about the mating habits of the blue whale, but scientists believe that their mating season starts sometime at the end of autumn and last until the end of winter. Females do not mate every year – they give birth only every two or three years. Gestation lasts 10-12 months and the calf born weighs about 2.5 tons and measures about 7 meters in length. Calves consume between 380 and 560 liters of milk a day for about 6 months, putting on a staggering 90 kg of weight per day, period after which they get gradually weaned – separated from the mother whale’s milk and introduced to adult diet. By the time young whales switch to their krill and plankton diet, they have doubled in size. They arrive at sexual maturity relatively late, between the age of 5 and 10, time by which they usually reach their adult size of about 20 meters in length and more than 10 tons in weight.

A blue whale’s heart is as big as a small car, but this is not the only amazing fact about these extraordinary creatures:

Whales are huge, but very fast and graceful, too. Their average speed is about 8 km/h, but they can speed up to more than 30 km/h if they want to;
Blue whales communicate through very loud low frequency sounds. They have very sharp hearing, detecting the signals of other whales from distances of 1,600 km;
Blue whales usually live for about 80 years, but some are known to have lived longer than a century.