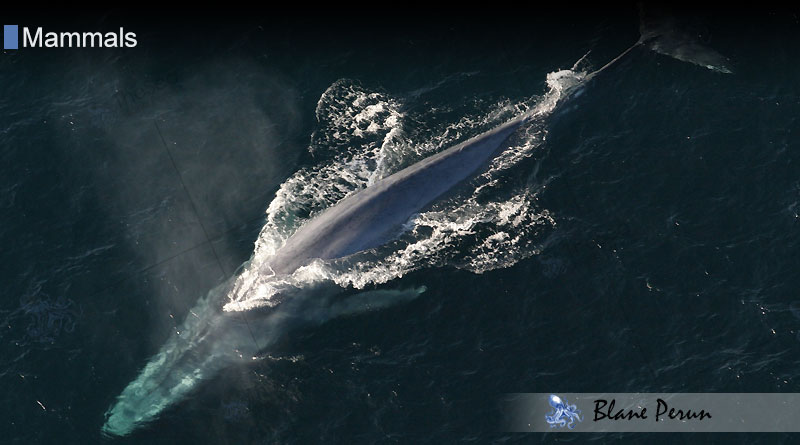 We are annoyed by noise every day. The cars that pass us in the street are too loud, the neighbor’s dog barks too loud, rock concerts are too loud, and so on and so forth. However, it is the sea, the environment that is supposed to have the most calming effects on our nerves, that gives home to the largest and, at the same time, the loudest species on Earth: the blue whale.

Decibel is the unit used for measuring the level of sound pressure – the phenomenon we experience as loudness. To be able to understand the magnitude of the loudness of the whale’s sound, here are a few figures taken from everyday life:
Human speech usually stays in the 25-35 decibel range;
Any sound that is louder than 85 decibels damages our ears and causes hearing loss;
The sound of a power saw measured at 1 meter distance is around 110 decibels;
Sounds that are above 120-130 decibels cause unbearable pain;
The sound emitted by jet engines is around 140 decibels,
The loudest rock music peaks at about 150 decibels, while classical music is a bit lower, even when played at maximum, usually not exceeding 140 decibels.

Blue whales use sound as a communication tool and, according to some scientists, as a form of entertainment, too (though this theory has been often called untestable). Whales may be hundreds or even thousands of miles away from each other and their environment is characterized by very poor visibility, in most cases as low as 10 meters or even lower, so they use their strong call to inform other whales about their locations as well as to attract them. The sound emitted by whales is very loud, but very structured – that’s why scientists call it “whale song”.

Sound is known to travel much faster through water than through air – around 4.4 times faster in seawater than in our natural environment. It is also a fact that low-frequency sounds are faster than high frequency sounds and this is true for air and water as well. Blue whales make the most out of underwater acoustics: the sounds they emit are low-frequency, rumbling sounds. The characteristics of this deep song allows it to reach the furthest – according to some scientists, the song emitted by one whale can be heard by another located 10,000 miles away.

The sound production mechanism used by blue whales has not been completely mapped, but the most likely source is the whale’s larynx. Unlike humans, whales do not have vocal chords, so they probably produce sounds either by moving water from a part of their larynx, a tube-like extension, towards their nasal sacks close to the blowholes on their head, or by using their nasal plugs to make sound.