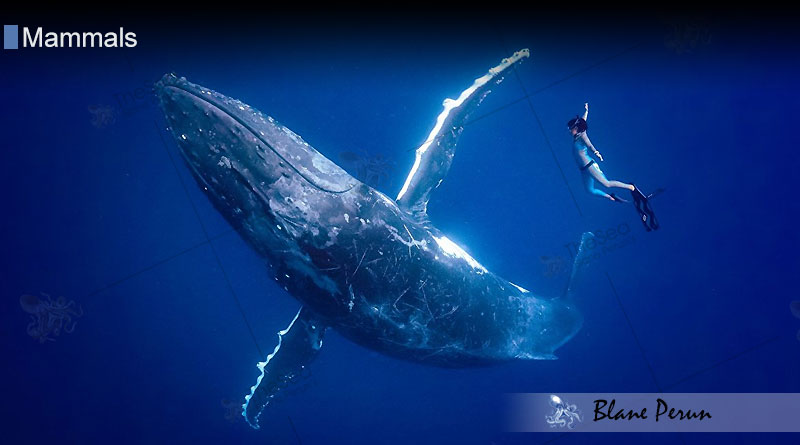 The Wide And Varied Biology

It may come as a surprise that the 129 different species of mammals that rely on the ocean to survive are not actually distinctly grouped together, taxonomically. They are divided into four distinct groups that are each markedly different from one another from a biological standpoint. These groups are known by the following names: cetaceans, sirenians, fissipeds, and pinnipeds. Each one of these four taxonomic suborders comes from a different section of the animal kingdom and have different reasons to rely on the ocean so heavily for their existence.

The order Cetacea consists of the largest animals ever to live: whales. These creatures adapted to life in the water within the past 50 million years and are noted for their high intelligence. Whales and dolphins both breathe air through dorsally mounted blowholes that are biologically equivalent to the nostrils on a human nose. These mammals have excellent hearing and often use echolocation to orientate themselves in the dark abyss of the ocean. They generally either subsist by preying on smaller fish or by filtering plankton out of the water in huge amounts to support their massive bodies.

Two extant species exist within the order Sirenia. These are the massive manatees, also known as sea cows, and the smaller dugongs. All of these species are critically endangered and vulnerable to extinction. Both manatees and dugongs are herbivores, making them unique among marine mammals (who are primarily predators). Sirenians have highly adapted unlobed lungs that allow them to keep a horizontal position while underwater as well as maintain buoyancy. They have extremely dense bones and seem to be able to regenerate their teeth at will. Both live in shallow coastal waters of relatively warm temperatures.

Pinnipeds And Some Fissipeds: Seals And Polar Bears

Pinipedia is a clade dedicated to large, semi-aquatic mammals with fins instead of feet. Fissipeds, on the other hand, include all mammals that have individual digits- only a few of which, such as otters and polar bears, are aquatic. These mammals tend to hunt in the water out of necessity and breed on land for safety. They are all carnivores with highly developed thermoregulation adaptations that let them maintain their body temperatures despite the often cold waters in which they hunt. Many of these species are also endangered or vulnerable due to the loss of habitat caused by human incursion.