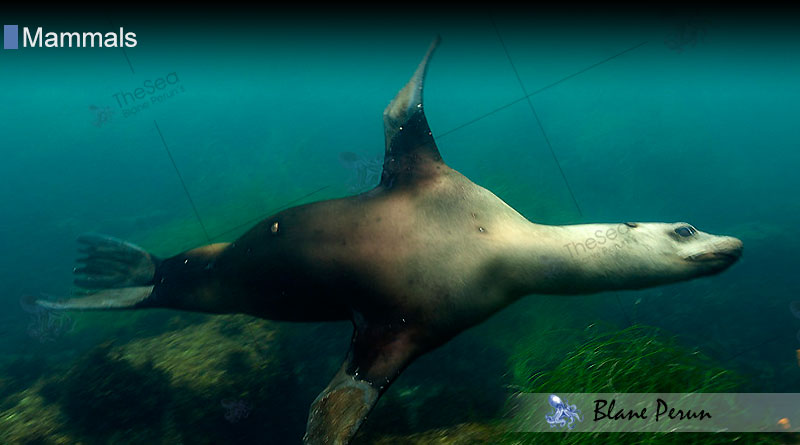 Sea lions are carnivorous marine mammals present in nearly all of the world’s oceans. They are frequently seen in the colder waters surrounding both the North and South Pole, but certain species can be found in warm, tropical waters, as well. They are pinnipeds, meaning that despite being mammals not far off from dogs in terms of their biology, they have the key difference of featuring fins instead of feet and toes. This specific adaptation makes them ideal hunters in their preferred sea habitat.

Sea lions are rather opportunistic carnivores that will eat nearly any living thing smaller than them. For most species, this means a diet consisting overwhelmingly of fish, and, for the polar varieties, penguins. Sea lions, especially the polar variety, consume large amounts of food in order to maintain their internal body temperature – it is not unusual for an adult sea lion to consume 5-8% of its own body weight in a single meal. Sea lions tend to be very muscular and bulky creatures, even small ones can use a great degree of force and have very powerful jaws and swimming appendages.

Being included in the suborder Caniformia, sea lions are very similar to dogs and bears in terms of their interior biology, including their intelligence and ability to communicate. They are receptive to training and often featured in zoos, public aquariums and circuses. The United States Navy has even successfully trained them for military use, such as the detection of water mines, although the program is highly controversial and soon to be closed in favor of modern robotic methods. Sea lions exhibit a number of unique vocalizations and communication strategies that they use in large rookeries where hundreds of individuals will meet, especially during the mating season.

In the warm summer months of every year, sea lions gather at large rookeries where males will establish territory and invite females to mate. Hunting generally ceases at this time, and males will rely on their stores of blubber for up to a month to survive without feeding. This places a premium on size for the sea lion mating season- larger sea lions will fare better because they can hold on to their territory for longer periods and consequently mate more often. After mating, female sea lions will give birth after a 12-month long gestation, during the following summer.