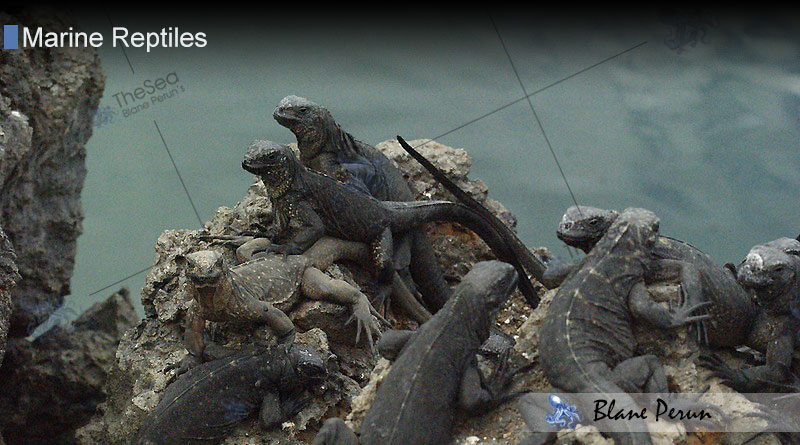 All living marine reptiles today are descended from land reptile species from the Mesozoic era, however, only a few representatives of the four major groups of reptiles in existence have evolved to survive in salt water. Despite this fact, reptile diversity is remarkably high, and there are many marine reptiles that reproduce both on land and in the ocean. While a small number of these reptiles, such as certain species of squamates, are known to reproduce asexually, the common reproduction method for most marine reptiles is sexual reproduction.

Reptiles typically reproduce sexually, and all activity completed toward this end has to do with the cloaca, the reptiles’ single entrance or exit found at the base of the tale, and also the area where waste is eliminated. Reptiles have copulatory organs which can be extended or retracted and inverted, in order to be stored within the body. The males of most species possess a single penis, and the females are in charge of laying the amniotic eggs that are at the basis of most reptiles’ reproductive cycles.

Reptiles lay their eggs in many different ways. Female sea turtles come out of the water to build their nests in the sand and lay their eggs. This usually occurs on tropical and subtropical beaches, and most sea turtles are capable of laying up to 100 eggs in every clutch. For sea snakes, all reproduction takes place underwater, and the species’ young are born with the ability to fend for themselves, as there is no parenting involved. Marine iguanas native to the Galapagos islands have a similar nesting process to sea turtles, digging their nests in the volcanic ash or the sand present on the island’s shore, and laying up to six eggs. These are just a few of the examples of how diverse reproduction and nest building can be when it comes to marine reptiles.

Despite the fact that reptilian eggs such as crocodile eggs are extremely tough, and feature an external shell that protects them from most threats, the eggs are often sought out by predators. When it comes to sea turtles, predators are a significant threat, especially with dwindling sea turtle populations worldwide. This is likely why, in most reptiles, there are no larval stages of development, despite the fact that viviparity and ovoviviparity have evolved in some squamates as well as in extinct species of reptiles. When most young reptiles hatch they are more or less fully developed members of their species, often quite capable of evading their predators.